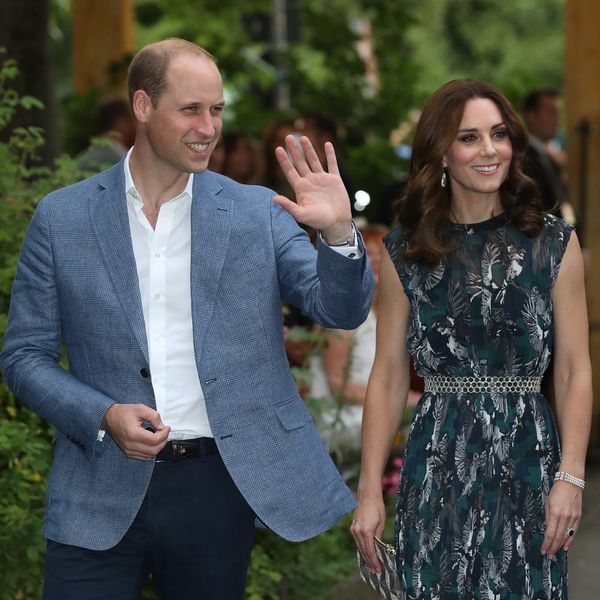 Earlier this week, Kensington Palace announced that Duchess Kate Middleton and Prince William are expecting their third child. People were overjoyed on Twitter, and Prince Harry called the news “fantastic.” Now, Prince William himself has spoken out for the first time since the announcement, and he admitted there have already been some sleepless nights.

Appearing at the Police Chief’s National Mental Health and Policing Conference about mental health issues facing first responders, William first thanked the crowd for their congratulations on the baby news. “Thank you, it’s very good news,” he said, according to People, before adding that “there’s not much sleep going on at the moment.”

William even alluded to Middleton’s severe morning sickness condition, hyperemesis gravidarum. “We need Catherine to get over this first bit and then we can start celebrating. It’s always a bit anxious to start with, but she’s well,” he shared.

Middleton also experienced the condition in her previous two pregnancies with Prince George and Princess Charlotte. As before, she’s being cared for at Kensington Palace.

At the time of the announcement, People reported that Middleton was less than three months pregnant, but that Kensington Palace made the announcement early when she had to cancel a public appearance due to her HG.

Despite the minor health setbacks early on, it appears as though Middleton is on the mend — and we can officially go on baby bump watch!

Did you or anyone you know have hyperemesis gravidarum? Let us know @BritandCo.