This Is the New #Girlboss Network You Need to Know About 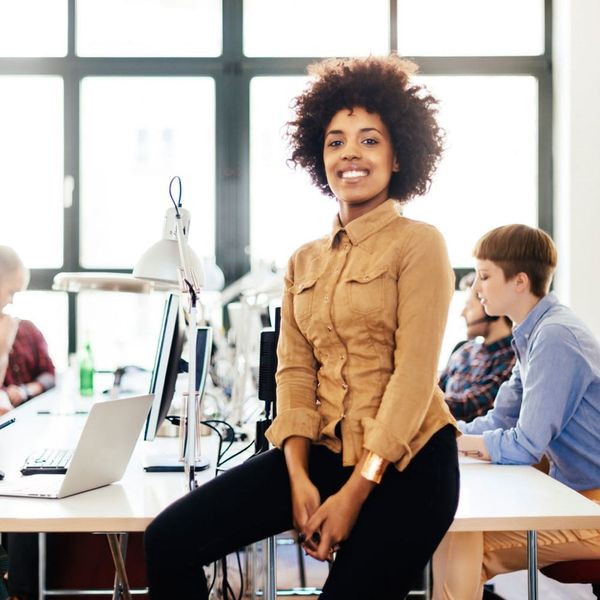 We all know the stats around women in tech, and they’re not pretty. But the women who are represented in the industry are doing some really amazing things. They’re transforming tech, or transforming tech and doubling as empowering lingerie models, proving there’s no limit to what women can do. Too bad major companies haven’t quite caught on, but don’t worry — Project Include is on the case.

Project Include is a new coalition of women in tech who are fed up with how the industry is handling its complete lack of diversity and are ready to do something about it. It’s a group of women who’ve all spoken out publicly in the past about their own experiences with discrimination — like Ellen Pao, who sued the Silicon Valley venture capital firm Kleiner Perkins Caufield & Byers for discrimination last year, and Erica Baker, who sent a spreadsheet around to her coworkers at Google to highlight the company’s major pay gap. Ellen and Erica, along with six other badass ladies, are now coming together to put an end to the obstacles women like them face in the industry.

They’re focusing their efforts on changing the industry from the inside out, working with CEOs and management teams and asking them one very important question: “Ultimately, does your company give everyone a fair shot at success?”

“We want CEOs to use Project Include as a resource for creating meaningful solutions as they tailor our recommendations to their startups and situations,” they write on the Project Include’s website. “We want executives and managers to understand that diversity and inclusion is a company-wide effort driven from the top down to every employee: If a CEO isn’t invested in the success of D+I, these programs will not succeed.”

Want to get involved? You’re in luck: The women at Project Include are looking for contributors to share their experiences and metrics and help build a strong platform. “We hope that in six months’ time, our community of contributors will have grown tenfold. We also want companies to implement these solutions so we can all work together to learn and improve them. Working together, we can make a difference.” We can’t think of anything better than powerful women coming together to support other powerful women!

Are YOU a woman in tech? Tweet us with how you feel about Project Include @BritandCo!

Kylie Kendall
Kylie is a freelance writer living in Ottawa, Canada. When she's not writing, you might find her scoping out all-day breakfast spots in her city or taste-testing every bottle of red wine under $10.
Empowering Girls
Work
Empowering Girls Feminism Girlboss Tech News