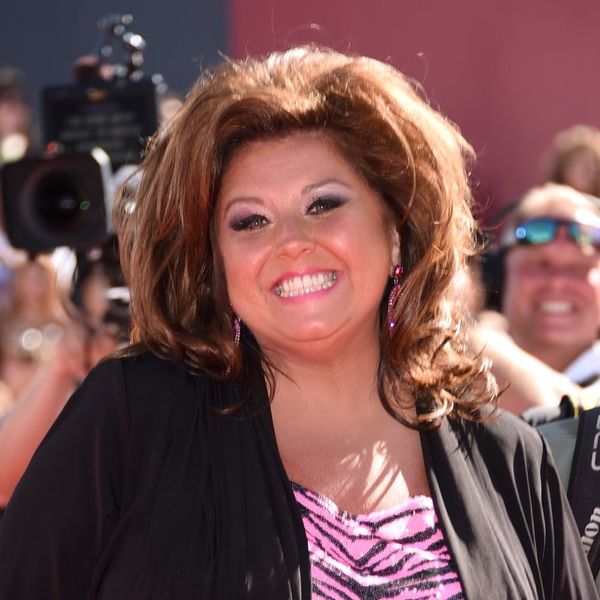 We’re well aware that the line between IRL and fiction can become blurred when reality TV is involved, but for former Dance Moms’ star Abby Miller, that line may as well not exist. That’s because the controversial coach, who has just been sentenced to over a year in prison, is apparently planning to spend her time in jail acting like she’s in the middle of a season of Orange Is the New Black. Seriously. The reality star has revealed that she intends to get through prison by pretending it’s all just a movie.

Though the thought of an upcoming prison sentence would surely be daunting to most of us, Abby Lee Miller apparently has an, er, lighter (?) take on the sitch. Speaking about her sentence with Good Morning America, she commented, “A year and a day; it sounds like a movie title.” Um, perhaps, but naturally, she’s didn’t stop there.

She kept the thought rolling (already pitching her made-for-TV movie?), explaining, “I’m just going to pretend that I am shooting a movie and we’re on set.” Granted, she might want to spend her time behind bars contemplating the error of her ways and attempting to prove that she’s changed her criminal leanings… but why bother with that when you can just pretend like you’re starring in your own little movie that exists solely in your head?! *worried sigh*

Though, really, since she’s only expected to serve 10 months, who can blame her for dealing with that in whatever way she needs to. And she *does* have a few other plans, including reading, learning Spanish, working on her new book (natch), as well as exploring ways to “be a smarter businesswoman” while also intending to “worry about herself.”

Whatever folks think of her plans, frankly (as usual), Miller doesn’t care about their opinions, because she’s already decided “that’s the way it’s gonna be.” We’ll have to see if she still feels the same way when her 10 months (or one year and one day) are up.

What do you think about Abby Lee Miller’s plan to pretend that prison is just a movie? Let us know @BritandCo!