Reese Witherspoon Would Consider Running for Office One Day 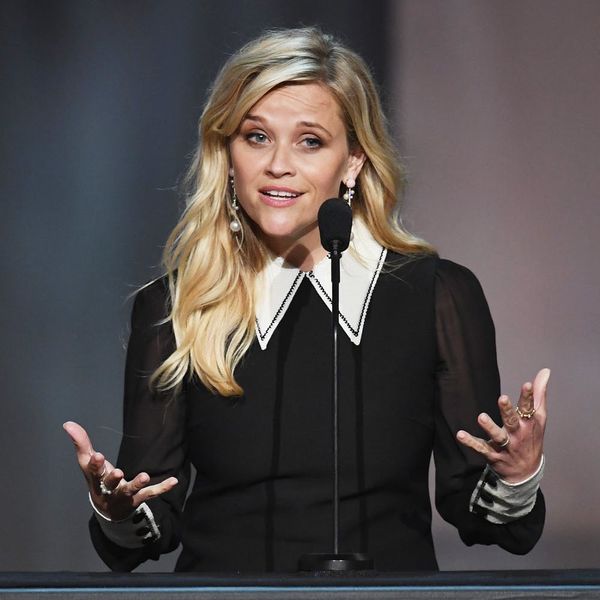 Reese Witherspoon has never shied away from politics in her movies. Cases in point: 1999’s Election, in which she played an overly enthusiastic high schooler bent on becoming student body president, and 2003’s Legally Blonde 2: Red, White & Blonde, which showed Elle Woods taking on Washington, DC. It turns out, though, that her political aspirations may not be entirely fictional.

Sitting down with Glamour for a recent cover story, the mother of three was asked if she would ever consider running for office. Her answer was more positive than you might expect. “Maybe one day I’ll run for office,” she said thoughtfully. (Senator Witherspoon, perhaps? Or even… President Witherspoon?)

She also revealed, however, that she might be more effective working for someone else in office. “I actually have a couple girlfriends that I really think they should run,” she explained. “I tell them I would be their campaign manager because I think I’d be good at managing from the sidelines.” (If we were to run for office, we certainly wouldn’t say no to having Reese Witherspoon by our side.)

Incidentally, the Big Little Lies star isn’t the only actress who has pondered a political career in recent months. Sex and the City’s Cynthia Nixon might be running for New York governor, and even Oprah Winfrey has started to think about getting into politics. “I never considered the question even a possibility, but then I thought — Oh. … I thought, I don’t have the experience, I don’t know enough… And now [because of the current president’s lack of past political experience] I’m thinking — Oh,” Winfrey said in March in an interview for Bloomberg’s David Rubenstein Show.

Would you vote for Reese Witherspoon? Let us know @BritandCo.