Step Aside, Kylie: Rihanna’s Own Makeup Brand Is Launching Soon 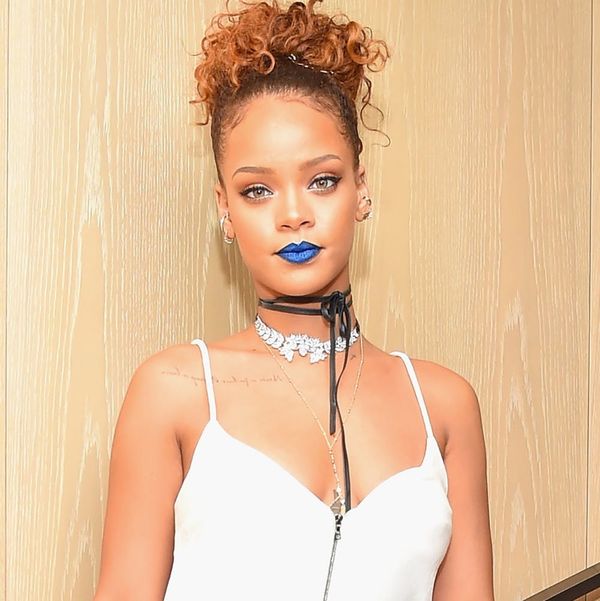 Okay, we’ll admit it: We’re such a sucker for a good celebrity collaboration. Whether it’s Beyoncé’s new Athleisure line or Gigi Hadid’s team-up with Tommy Hilfiger, if there is a way we can get one step closer to obtaining an It-girl wardrobe, we’ll take it. That being said, it’s always a bit of a gamble as to how much of their trademark style will actually come through when stars try their hand in the fashion and beauty realm. Kylie has seemingly mastered it with her highly successful lip kits, and now (hopefully) Rihanna is about to do the same.

The pop star, who has been rumored to be releasing a makeup line for a while now, has finally revealed that it’s definitely, actually, 100 percent happening. WWD broke the news this morning, announcing that she’s teamed up with brand incubator Kendo on a makeup line that’s set to drop at Sephora in fall of 2017. FYI, Kendo is the same company that works with Kat Von D and Marc Jacobs on their beauty brands.

While this is Rihanna’s first semi-solo venture into the beauty realm, she has previously teamed up with MAC Cosmetics to create a custom lip color for their annual Viva Glam campaign.

Details surrounding the new line are currently slim to none, but there are a couple of key items we’re crossing our fingers for. The first is some crazy-colored lipsticks, like this purple lipstick by The Fashion Junkee she’s a known fan of, and the second, some seriously smooth eyeliner that’ll help us copy that perfect cat-eye RiRi is always rocking. Ugh… Is it 2017 yet?

Cortney Clift
Cortney is the senior writer and special projects editor at Brit + Co. She typically covers topics related to women's issues, politics, and lifestyle. When she's not buried behind her computer you'll find her exploring New York City or planning her next big adventure.
Makeup