Sam Smith on Gender Identity: “I Feel Just As Much Woman As I Am Man” 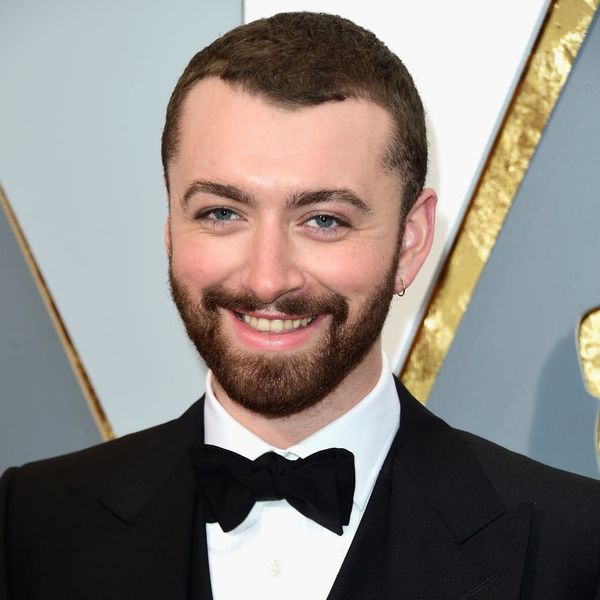 As traditional gender barriers continue to break down, more high-profile young celebrities are opening up about how and where they fit in. British singer Sam Smith, for one, spoke about his gender identity in a new interview with The Sunday Times.

“I don’t know what the title would be, but I feel just as much woman as I am man,” he said.

The “Too Good at Goodbyes” singer went on to describe how that has influenced his sense of fashion and self over the years. “People don’t know this, but when I was 17, I remember becoming obsessed with Boy George and Marilyn, and all that,” he recalled. “There was one moment in my life where I didn’t own a piece of male clothing, really. I would wear full makeup every day in school, eyelashes, leggings with Dr Martens, and huge fur coats — for two and a half years.”

Smith showed The Times the two Venus symbols he has tattooed on his fingers, and said he does not identify as a cisgender male.

The Grammy winner first broke onto the charts with his appearance on Disclosure’s 2012 single “Latch.” Two years later, he showed the world the depth of his talents with his solo single “Stay With Me.” At just 20 years old, Smith was suddenly receiving worldwide acclaim, and he admits that it was a difficult time to be coming to terms with his own identity.

“I remember, at the beginning of my career, being called a ‘gay singer,’ and I didn’t want that,” he told the Times. “I wanted to be seen as a singer first, before people spoke about my private life. Now it’s changed — I’ve changed. I realize that maybe I don’t mind that title.”

Smith’s new album The Thrill of It All will be released on November 2, 2017.