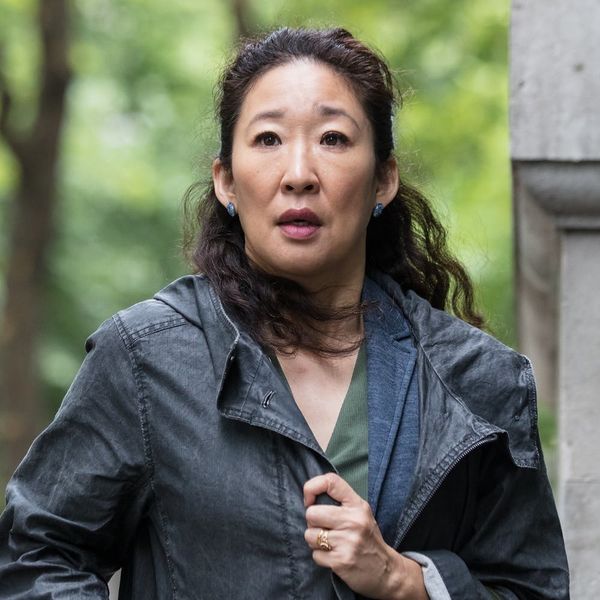 We’ve missed Sandra Oh on our TV screens ever since she left Grey’s Anatomy, so you can imagine how excited we are for her new BBC America show, Killing Eve. The series officially premieres on Sunday, April 8, but you don’t have to wait to watch the first episode — thanks to BBC America, you can see it right here, right now.

The drama stars Oh as Eve Polastri, a smart but understimulated MI5 agent who gets her “dream job” when she’s given the responsibility of tracking down Villanelle (Jodie Comer), a psychopathic assassin.

What unfolds from there is an unusual game of cat and mouse. As Oh told Entertainment Weekly, there’s a dynamic between Eve and Villanelle that grows from “fascination into obsession and infatuation.” However, neither character can explain the connection. “You can really see them just barreling towards each other,” Oh told EW. “I love that. Also what I love about it is neither of them exactly know why. The other is a mystery and holds something for the other.”

Oh also spoke about how her new character is different from the one she played for so long on Grey’s Anatomy. “There’s certain [similar] aspects, for sure, like both of those characters are determined,” she said of Eve and Cristina Yang. “But what they want and the circumstances, and the style and the genre, it’s like apples and oranges. One is a medical drama, for all intents and purposes, with a soap opera throughline, and it’s also long-running. That’s a completely different beast to a first-season thriller, eight-part episode of a drama with a fairly absurd and witty undertone.”

Killing Eve premieres on Sunday, April 8, at 8pm ET/7pm CT on BBCAmerica, but you can watch the first episode right now in the video above.

What did you think about the first episode of Killing Eve? Let us know @BritandCo!