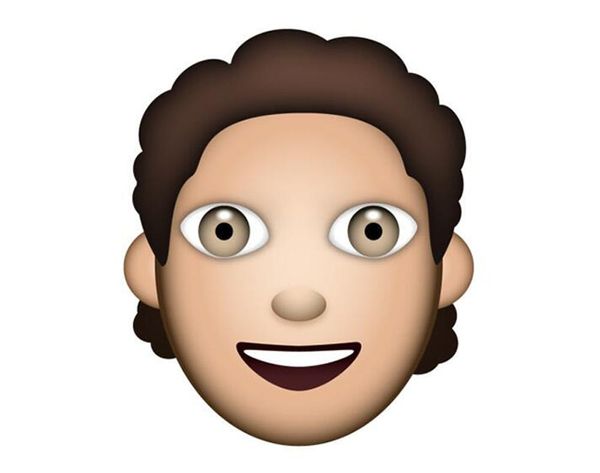 Grab your cupcake tops and calzones, because your favorite funny foursome from the ’90s are now available in emoji form.

Yup, Jerry, George, Elaine and Kramer can now be texted to your pals when you’re having one of those days that is “just like that one Seinfeld episode.” The emoji were created by super fan Jason Richards, who is the whiz kid behind @seinfeld2000 (start following STAT if you don’t already). Richards didn’t just stop at the fab four. There are 42 emoji that cover everything from Newman (and his mail truck), the Soup Nazi, the diner and some pretzels… which will probably be makin’ you thirsty any moment now.

What’s more? There are hilarious modernized versions of classic faves. Anyone else dying to see Jerry wearing Google Glass? Because that happened.

This also got us thinking… what other shows from the ’90s deserve their own textable characters? We’re begging someone out there to create some Carrie Bradshaws and Cosmos. We have no doubt that a bunch of you would be down with a Friends collection (can Rachel please just be her hair, no face?). We also wouldn’t mind seeing some Ferg Faces and Clarissa Darlings, Topangas and Corys and how about a Carlton and kickback Will Smith from Bel-Air for good measure.

Okay… but back to eating Snickers with a knife and fork…

The only big bummer about the Seinfeld emoji series is that they aren’t integrated into the current emoji keyboard. You have to save the images to your Camera Roll and send them as a picture. Sort of annoying, but probably worth the effort when your friends receive the messages and LFAO.

Right now the emoji are only available on iPhone (for free!), but the creators promise that an Android version is in the making. In the meantime, start your binge watching so you can jog your memory about playing Frogger in the streets and keeping Cubans in your dresser… it’s the only way to ensure you’re getting the most use out of the new collection.

What other shows would you like to see in emoji form? Let us know in the comments below?

Lex Monson
Alexis is the co-founder of Punkpost, the app that lets you send handwritten cards (yes, handwritten by a real human) in the amount of time it takes you to send a text message. The exclusive card collections are created by a community of artists and designers and hand letter pressed on high-quality cotton paper. Get the full experience by downloading the app from the iTunes Store.
Apps
Tech
Apps Emoji iPhone