So This Is What Sia Looks Like Without Her Wig 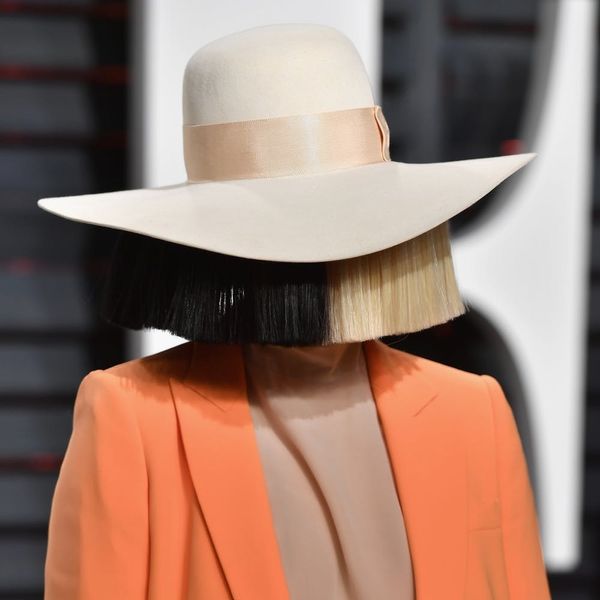 Who’s that girl? Sia was photographed heading into LAX yesterday morning for a flight to Dubai, where she’ll perform at the World Cup horse race on March 25. The “Cheap Thrills” singer had on the perfect mix of comfy and cute for the long flight, thanks to a nude-colored Kenzo sweatsuit and white sneakers. But we couldn’t help but notice she left one signature piece of her outfit at home.

We almost didn’t recognize her without her signature black-and-blond wig. Instead, we saw, for what felt like the first time, her face and natural blond hair.

Sia previously maintained that she only wore the wig for privacy’s sake after she became uncomfortable with her fame. “I just wanted to have a private life. Once, as my friend was telling me they had cancer, someone came up and asked, in the middle of the conversation, if they could take a photograph with me. You get me? That’s enough, right?” she told the New York Times. Yep, that’s enough to make anyone shun the spotlight. But we’re still glad that Sia is ready to emerge again.

Needless to say, when the pictures of her wigless self started floating around online, the internet *freaked* out.

SIA REALLY DID THAT pic.twitter.com/ABgHcfOXbG

Sia has me shook pic.twitter.com/nkrAYLMpOa

I'm so happy Sia took that wig off face, and got to her squats. She looks amazing. pic.twitter.com/y1W7UNBvHi

SIA IS OUT HERE LOOKING BEAUTIFUL AND FLOURISHING. ✨ pic.twitter.com/xD8nYXsYDe

But in case you’re still a big Sia wig fan, don’t fret. She doesn’t seem absolutely ready to retire the hairpiece just yet.

The singer wore the wig, plus a huge bow and bright red nose during a recent Sesame Street taping (for what it’s worth, Cookie Monster, Abby, Elmo, and Grover were wearing them too), so it seems to still be part of her professional getup.

Maybe Sia is all of us and just wants to be comfortable on a long flight. What say you? Tweet us @BritandCo!