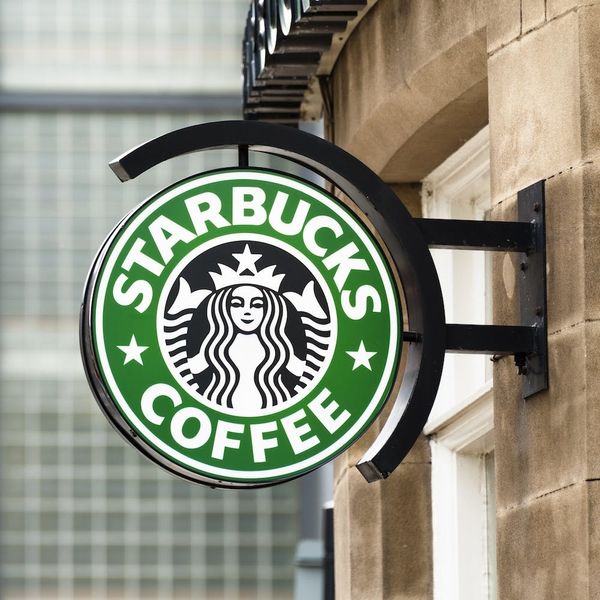 When it’s time to welcome the cooler weather and prepare to say goodbye to our daily PSL (as well as this secret Halloween drink that you HAVE to try ASAP), we look forward to the appearance of Starbucks’ iconic red holiday cups to hold our candy cane-flavored drinks. After causing a stir last year with a minimalist design that irked traditionalists and those looking for an abundance of seasonal imagery, you’d think that Starbucks might play it safe this year. But nope. Instead, they’ve taken things even further by releasing new cups at the SAME TIME as their holiday drinks that are… wait for it… GREEN?

After all the outrage they faced over their solid red cups last year, Starbucks decided to throw fans for a loop yet again with a limited-edition green cup that’s been released today, Nov. 1, along with all of the holiday season’s delicious drinks. The entire cup — which Starbucks has not said is meant to replace the chain’s “official” red holiday cup, by the way — is covered in a single line which connects figures of a farmer, a family, friends embracing and a barista (natch). The creation was by Seattle-based graphic artist Shogo Ota. “The green cup and the design represent the connections Starbucks has as a community with its partners (employees) and customers, humanity, connection and the desire to bring people together as a united community,” says Starbucks’ chairman and CEO Howard Schultz, “During a divisive time in our country, Starbucks wanted to create a symbol of unity as a reminder of our shared values, and the need to be good to each other.”

Last year, the coffee company faced backlash over their a solid red holiday cup design that lacked typical seasonal images. Folks accused the company of killing the holiday spirit. This year, Starbucks seemed to have taken that criticism with a grain of salt. This new cup is less “festive” by traditional definition, but we think the message is just as beautiful — and it’s a great lead-up to whatever official holiday cup Starbucks winds up unveiling. We’ll know for sure if this is a holiday hit or festive #fail soon enough, as customers will be able to get their hands on this year’s green cups starting today, November 1.

What do you think about the new cups this year? Tweet us @BritandCo!

Editor’s note: An earlier version of this post mistakenly stated that the green cups were Starbucks’ official holiday cups for 2016. Brit + Co regrets the error!

Desiree O
Desirée O is a ‘Professional Bohemian’ who loves anything and everything related to the arts, entertainment, and pop culture. She ADORES being a ‘Newsy’ for Brit + Co, covering all of the latest tidbits of awesomeness that you want to read about. When she’s not writing, she’s either making messy art, going on long adventurous walks with her camera, or poking around over at bohemianizm (http://www.bohemianizm.com/). You can find out about Desirée O and her work at http://DesireeO.com/ or follow her on Twitter @DesireeO.
Halloween
Celebrity News
Halloween Starbucks
More From Celebrity News