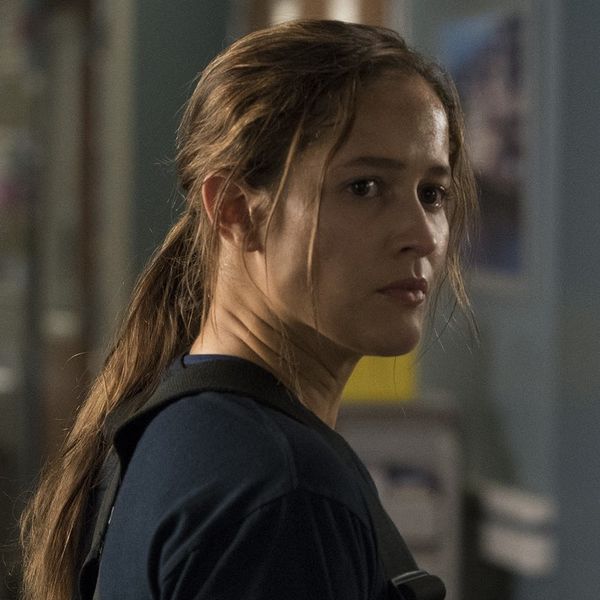 Thursday’s Grey’s Anatomy and Station 19 crossover episode brought us everything we’d been hoping for: heart-pumping action, high-stakes drama, and an introduction to one of our favorite new leading ladies, Jaina Lee Ortiz.

Ortiz plays firefighter Andy Herrera, who was thrown right into the flames on last night’s ep. After helping to save two brothers from a blaze, Andy had to keep her hand on 10-year-old Zac’’s abdominal aorta as he was rushed to the hospital and taken into the OR. If she moved her hand even slightly, he would have bled out and died. (Did anyone else have flashbacks to the bomb episode in season 2 of Grey’s?)

Though Andy was (understandably) daunted by the life-saving task, Meredith stood by her side during the surgery, reminding her, “You run into fires. You can do this.” And indeed, Andy helped to save the young boy while also earning herself a firm place in viewers’ hearts.

But she wasn’t the only Station 19 star to show up. While Andy and Meredith were busy saving Zack, the boy’s brother was left in Ben Warren’s hands. After Ben delivered the kid to medical workers, he tried to help out around the hospital, his old stomping grounds. But when his assistance wasn’t needed, he realized that giving up his role as a doctor to become a firefighter wouldn’t be easy.

Dr. Bailey pointed out to Ben that while he may have thought a lot about what this new transition might be like, he never really took the time to “feel” what it was going to be like. And now that he’s experienced the loss of what he once was and what he once had at Grey Sloan, he’s starting to realize just how hard it will be.

We’ll be able to see more of the heart-racing drama when Station 19 premieres on March 22 at 9pm ET on ABC’s TGIT lineup.

What did you think about the Grey’s Anatomy and Station 19 crossover episode? Let us know @BritandCo!