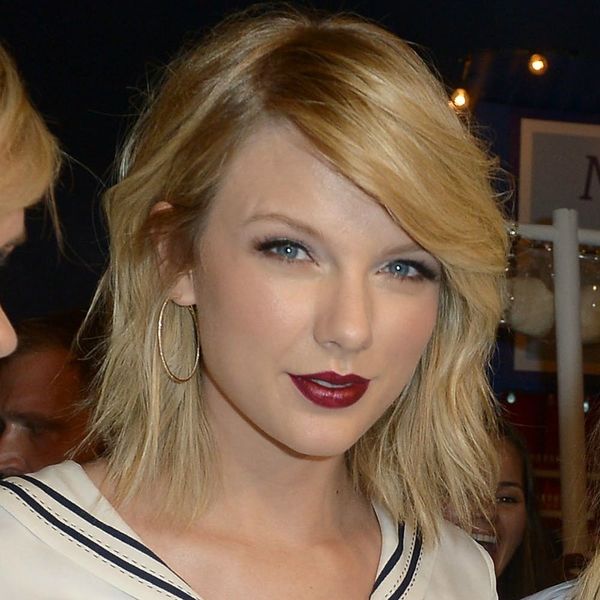 Taylor Swift and Tom Hiddleston are officially kaput, but rather than moping around at home, Taylor is officially taking back her life, one piece at a time.

She’s been steady reassembling her squad for support, and now, she’s reclaiming one OTHER important part of her life: her songwriting.

On hand for NYFW to support gal pal Gigi Hadid, who walked Tommy Hilfiger’s runway tonight as part of her Tommy X Gigi capsule collection, Taylor posted a super sweet message to the model, writing “SO PROUD OF YOU GIGI!!!! That show was INSANE. Congrats to Gi, Tommy and all the girls who just owned that runway!!”

Seated next to another supermodel bestie, Martha Hunt, Taylor’s vid starts out innocently enough as Gigi breezes past (in a seriously fierce pair of leather pants), but we can’t help but notice the track that just so be happens to be playing in the background at the very moment Taylor chose to shoot her Insta vid: the very song she co-wrote with her ex, despite being totally (and very publically) snubbed by him during his acceptance speech at the VMAs: Calvin Harris’s “This Is What You Came For.”

Panning back and forth between Gigi’s strut and self-facing shots of Taylor and Martha belting out the all-too familiar lyrics, we can’t help but wonder if this isn’t a subtle *cough cough* little reminder of who it was that ACTUALLY wrote those award-winning words: none other than Ms. Swift herself (AKA Nils Sjoberg).

Get ready, world: We’ve got a sneaking suspicion that, despite any trust she may have lost with fans in recent months, this little move is Taylor’s way of telling us ALL that she’s not quite ready for her reign to be over, and that she’ll be reclaiming her throne now, thank you very much — starting with those wine-colored thigh-high velvet boots!

Let the comeback of Taylor commence!

Do you think Taylor’s Instagram was a calculated snub? Tell us over @BritandCo!

Nicole Briese
Nicole is the weekend editor for Brit + Co who loves bringing you all the latest buzz. When she's not busy typing away into the wee hours, you can usually find her canoodling with her fur babies, rooting around in a bookstore, or rocking out at a concert of some sort (Guns N' Roses forever!). Check out all her latest musings and past work at nicolebjean.com.
Controversy
Celebrity News
Controversy Music Taylor Swift