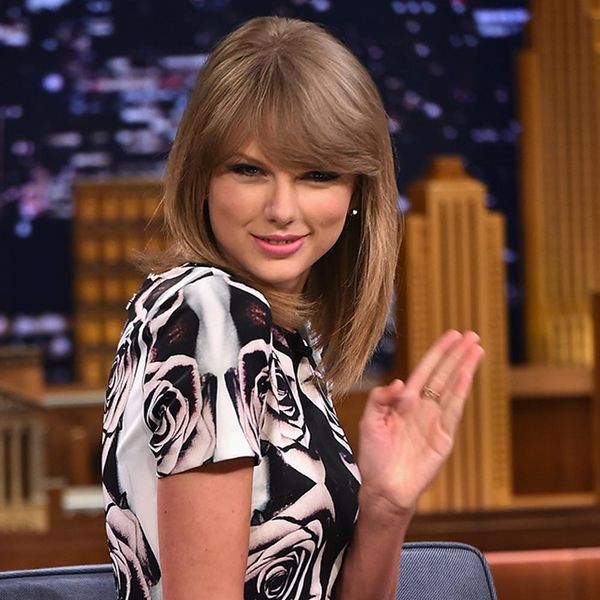 So you know how last week news broke that Jaime King gave birth to her second son and then a few days later she revealed his name to be Leo Thames? And like how after those reveals we were all just like “LOL, cool, Jaime but all we really want is to see his godmother Taylor Swift meeting her godson for the first time!?” Well, that moment finally happened and little Leo has already achieved our life goals at less than two weeks old. Way to show us up, kid.

The “Bad Blood” singer (+ tweeter) *literally* just uploaded not one, but two photos on Instagram of what looks to be like her first interaction with James Knight’s lil bro. Simply captioned “Meeting my boy,” with a loving gaze at the little guy from Mom + godmother, you can already tell Taylor is smitten with lil Leo. Maybe even more so than she is with her current beau + Armani model, Calvin Harris.

Since Miss Swift, who we wish was our godmother, obviously, was clearly feeling excited about her intimate meet-and-greet moment with Leo, she also uploaded a second shot and it’s even better than the first one. Taylor accompanied the precious fingers snap with a line from “Never Grow Up”, which just happens to be one of her songs. “Your little hand’s wrapped around my finger and it’s so quiet in the world tonight…” Okay, we’re done for the day. Tay, you win the week and it’s only Tuesday. Congrats on being the best godmother in the shortest time.

Which Taylor Swift-Leo Thames ‘gram shot is your fave? Let us know in the comments.