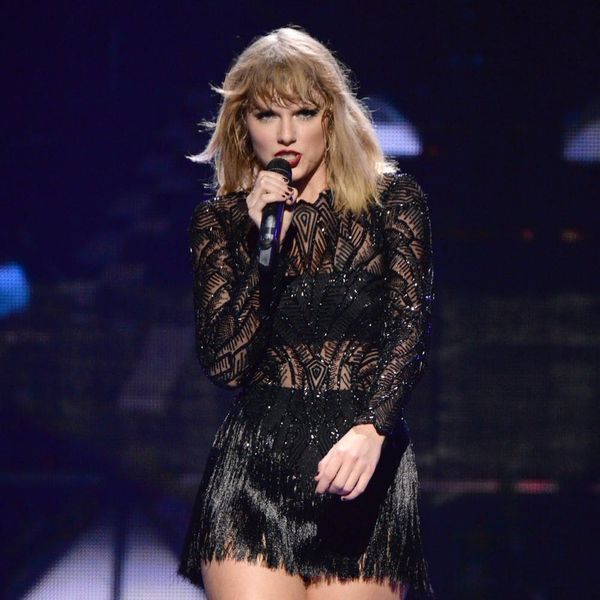 All the social media buzz surrounding Taylor Swift’s Instagram account was not for naught — the pop star has officially announced the release of a new single and album!

After purging her entire social media presence, Swift dropped daily hints about her return in the form of slithery clips of what ultimately turned out to be a snake — no doubt a reference to all the snake emojis that flooded her Instagram after her feud with Kanye West and Kim Kardashian West, her messy breakup with Calvin Harris, and her frequent clashes with fellow songstress Katy Perry.

Now it appears that the 27-year-old is using her haters as inspo for her new music. On Wednesday, she announced the name of her new single, “Reputation,” which is set to drop TOMORROW (Thursday).

Yup, it seems as if Swift is going the way of Britney Spears circa 2007’s “Piece of Me” and turning the unflattering headlines about her into her next hit.

And that’s not all: She also gave us a release date for her highly anticipated sixth album, which will be out before the end of the year (just as Ed Sheeran predicted), coming to Swifties everywhere on November 10. It’s certainly been a long time coming: Though Swift and Zayn Malik released their Fifty Shades Darker duet, “I Don’t Want to Live Forever,” last December, her new single will mark the first *solo* work we’ve seen from our girl since 2014’s 1989.

Needless to say, we can’t WAIT to hear the new material, and it appears the Twitterverse is just as excited as we are…

It's like nothing else matters when it's finally confirmed that Taylor Swift is releasing new music! pic.twitter.com/7Vrc1OnD8X

*taylor swift is called a snake by everyone*
*taylor swift releases video of snake as promo for new music* pic.twitter.com/ssjTHqrWQm

I am not kidding, this was my EXACT reaction when I saw that Taylor Swift is dropping new music pic.twitter.com/89pSCEkwzV

Me: I mean I like Taylor Swift's music but I'm not *that* big a fan

Looks like we aren’t the only ones who won’t be sleeping tonight.

Are you as pumped as we are for Tay’s new album? Tell us @BritandCo!

Nicole Briese
Nicole is the weekend editor for Brit + Co who loves bringing you all the latest buzz. When she's not busy typing away into the wee hours, you can usually find her canoodling with her fur babies, rooting around in a bookstore, or rocking out at a concert of some sort (Guns N' Roses forever!). Check out all her latest musings and past work at nicolebjean.com.
Instagram
Music
Instagram Music social media Taylor Swift
More From Music