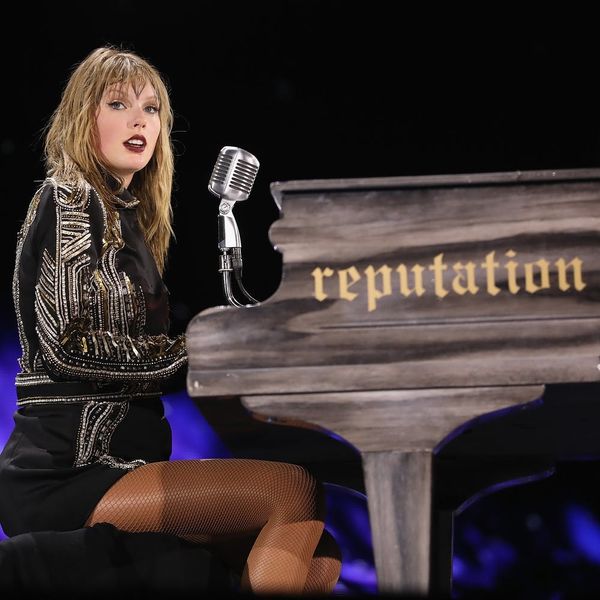 Taylor Swift’s Reputation album rollout seemed to be all about revenge, but at a recent live event with fans, the singer said that the vengeance angle was actually a very small — and misleading — part of the story.

“[I] think there was a bit of a bait-and-switch that happened with this album when we put out ‘Look What You Made Me Do’ and were like, ‘Guys, this album is gonna be one thing,'” she said at a recent intimate Chicago concert, according to ET. “And when the album came out, it’s legitimately an album about finding love throughout all the noise.”

The period leading up to Swift’s sixth studio album was a tumultuous time for the singer. Following a public feud with Kanye West and Kim Kardashian and a short-lived, media-forward relationship with actor Tom Hiddleston, she took an extended period of time out of the spotlight. When she returned with “Look What You Made Me Do” in August 2016, she pronounced the “old Taylor” dead and set about skewering all the people and events that gave her a so-called bad reputation in the preceding years.

Now, Swift says that while the album starts with the “noise,” it dovetails into self-reflection about what really matters. “If you can find something real in spite of a bad reputation, then isn’t that what matters the most to you?” she told fans, most likely referring to her current relationship with boyfriend Joe Alwyn. “And doesn’t it matter the most to you that you know who your real friends are now?”

Diehard fans should be thrilled with the insight — Swift has given no interviews about the album, and aside from a letter in the Reputation CD liner notes, hasn’t spoken at length about it at all.

To hear more of Swift’s insights on her music, watch the intimate, acoustic performance when it airs as Taylor Swift NOW on August 30 on all AT&T video platforms.

What do you think of Taylor’s insights into Reputation? Let us know @BritandCo.

(photo via Alexander Tamargo/TAS18/Getty for TAS)