T.GIF: A New Weekly Series Dedicated to GIFs That Rule 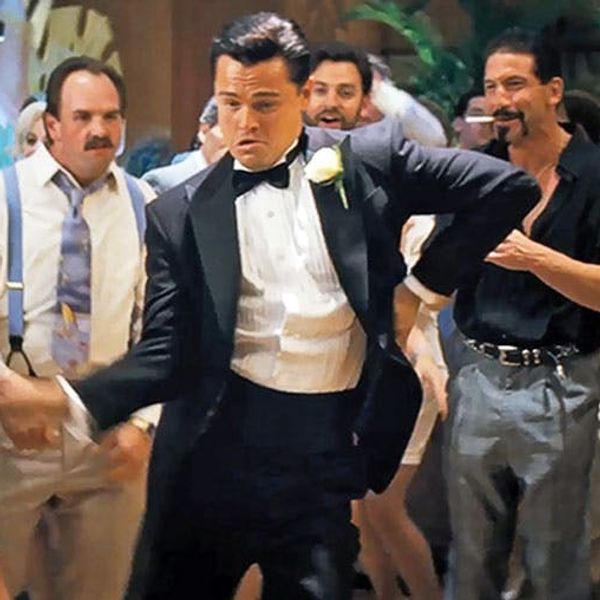 You know what Fridays are for? Eye candy. Animated eye candy, at best. That’s why we’re kicking off a brand new series devoted to the art of the animated GIF. From beautiful to hilarious to totally weird, think of this as the BritList of GIFs, a weekly offering of moving images that will definitely make you look. They might even make you bust a move. To kick things off, here’s a smattering of art, nostalgia and, of course, dancing to get the T.GIF party started. Thank GIF it’s Friday, yo!

We’ll kick things off with an animated GIF from our how-to-make-a-GIF tutorial. If you want to see your GIFs on this list, share links with us in the comments below. (via Brit + Co.)

On Wednesdays, We Wear Pizza

This might be the best remix on wearing pink we’ve ever seen. Though, we’d say that Fridays are our preferred pizza-wearing day. (via Faye Orlove)

This beautiful series is comprised of works that compress a full day into an animated picture. We love the angular rays of sun that shimmer as time passes. (via urdesign)

Gisele’s Guide to Being a Serious Rock Star

This is a real thing, not scenes from a photo shoot. Gisele has oddly teamed up with Bob Sinclair to produce a cover of Blondie’s iconic Heart of Glass. And she clearly borrowed some of Kanye’s horses. We love the hotness that is Gisele but this, no, not this. (via The Cut)

Hello, it was his 50th birthday! (via I’m Remembering!)

7. Dancing Scenes from the Fresh Prince of Bel-Air: You know we love a little Fresh Prince action, and the Carlton always brings us back.

This subtle cinemagraph by Jamie Beck is pretty amazing. We love the fact that Grace Coddington sketches at fashion shows rather than snapping photos with her smartphone. (via Ann Street Studio)

Those are some serious moves. And Jonah Hill looks like he is about to fall over. (via Pandalala)

What would a GIF roundup be without Ryan Gosling? (via Celebuzz!)

We’ve shared this with you before, and we’ll share it again. Just DEEN WITH IT. (via Robot in Disguise)

These GIFs are sort of meditative, and the top one has us daydreaming about a day spent on a porch. (via Rebecca Mock)

We Can’t Stop, or the Most GIF-able Video Ever

The bear reveal is simply the best. (via Mashable)

Remember this old thang? 2012 was a good year for dancing GIFs. (via Brit + Co.)
Anjelika Temple
As Co-Founder and Chief Creative Officer of Brit + Co, Anjelika Temple brings her voracious consumption of all things creative and colorful to DIY projects, geeky gadgetry finds and more. When she's not DIY-ing her heart out, you'll find her throwing dinner parties with friends or adventuring with her husband David, their daughters Anokhi and Indira, and their silly dog Turkey.
Animated Gif
Home
Animated Gif
More From Home