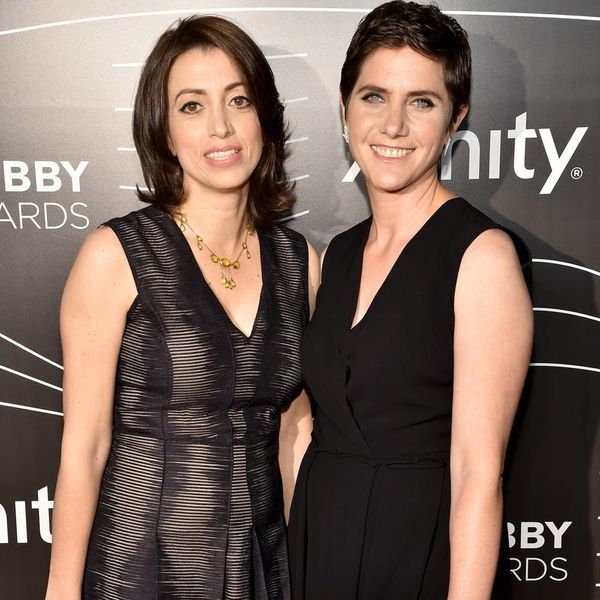 Making a Murderer had us all hook, line and sinker: We seriously couldn’t stop watching (and apparently neither could Kim Kardashian) as the twists and turns in Steven Avery’s criminal case just kept unfolding. We quite literally binge-watched the entire 10 hour series in a shamefully short amount of time, as Netflix can likely attest.

While we’ve had a few other stellar documentaries like Team Foxcatcher to tide us over since then, we’ve been missing that next-level suspense in our lives, TBH. Which is exactly why we were super stoked to hear that the dream team behind the Murderer masterpiece, filmmakers Laura Ricciardi and Moira Demos, are back at it — all the squees!

Focusing their razor-sharp attentions on a scandalous drug suit over a antipsychotic drug manufactured by Johnson & Johnson in the early ’90s called Risperdal, the ladies will get down to the nitty gritties of the case, which spanned from 1999-2005 and ended in a whopping $2 billion settlement.

Their documentary will be based on an investigative Huffington Post piece entitled “America’s Most Admired Lawbreaker,” which exposed the drug’s ugly side. Though FDA approved and heavily prescribed, thanks to incentives, for everything from schizophrenia to autism irritability, Risperdal also induced many unwanted or harmful side effects. Cases in point? Oh, you know, just totally minor things such as increased risk of strokes in elderly patients and breasts in young males. Um, yikes?

While there’s no word on a release date (you’re killing us, guys!), this is one project we have a feeling will be well worth the wait.

Do you think the duo’s new doc will live up to Making a Murderer? Tell us over @BritandCo!

Nicole Briese
Nicole is the weekend editor for Brit + Co who loves bringing you all the latest buzz. When she's not busy typing away into the wee hours, you can usually find her canoodling with her fur babies, rooting around in a bookstore, or rocking out at a concert of some sort (Guns N' Roses forever!). Check out all her latest musings and past work at nicolebjean.com.
Netflix
Entertainment
Netflix
More From Entertainment