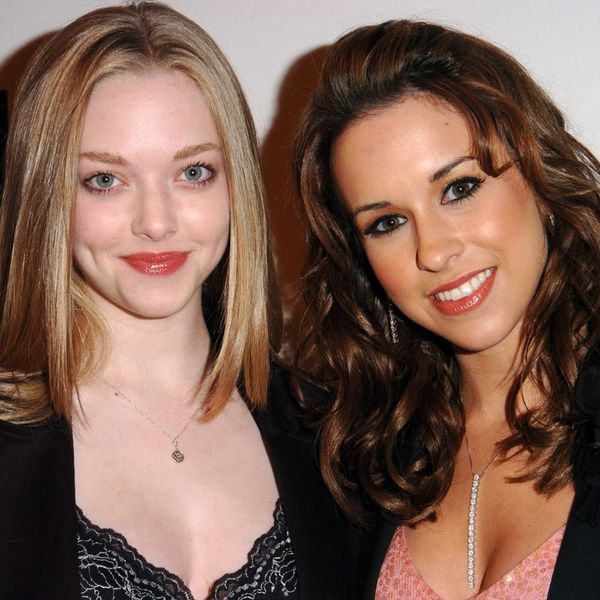 It’s Mean Girls Day, friends. As any fan of the movie can tell you, October 3 is a very important date in the film, as it’s when Cady’s crush, Aaron Samuels, asks her what day it is. This year, in honor of the special occasion, the movie’s stars came together for another important reason: to help the victims of the Las Vegas shooting.

As seen in a video posted to Amanda Seyfried’s Instagram page, the actress is joining forces with her costars Lacey Chabert, Jonathan Bennett, and Daniel Franzese to raise money.

“We know today is a special day,” Chabert (who played Gretchen Wieners) says to begin the video, with Daniel Franzese (AKA Damian) adding, “And that’s because of fans like YOU.” Jonathan Bennett (whom you’ll remember, of course, as Aaron Samuels) then pipes in, “It’s October 3rd.”

From there, Chabert explains that the cast wants to do something a little different to celebrate Mean Girls Day this year, and Bennett says that their aim is to turn the attention to those in need. As Seyfried (AKA Karen Smith) urges, “After Sunday night’s tragic events in Las Vegas, let’s give back.”

The stars are asking their fans (“the groolest fans out there”) to come together to support the victims and their families. “If every fan gave just $3 in honor of October 3rd, we would hit our goal of $300,000 in no time,” Bennett says in the video. Chabert adds, “Guys, look. We know ‘fetch’ is never gonna happen, but we can make this happen.”

Seyfried explained their aim in her caption too: “IT’S OCTOBER 3RD. Happy Mean Girls Day. This year please join us in helping the victims of the tragedy in Las Vegas by visiting Gofundme.com/October3 and donating to the families of the victims of the Las Vegas shooting. Thank you in advance!”

According to the video, 100 percent of the proceeds from the GoFundMe will be donated to the National Compassion Fund to “support the immediate and long-term needs of the victims of the October 1st shooting in Las Vegas, Nevada.”

It may be Mean Girls Day, but it’s also a day to prove just how kind you can be and how much love still exists all around us.

What do you think about the cast using Mean Girls Day to help raise funds for the victims of the Las Vegas shooting? Let us know @BritandCo!