These Are the Top 10 Fitness Cities in America 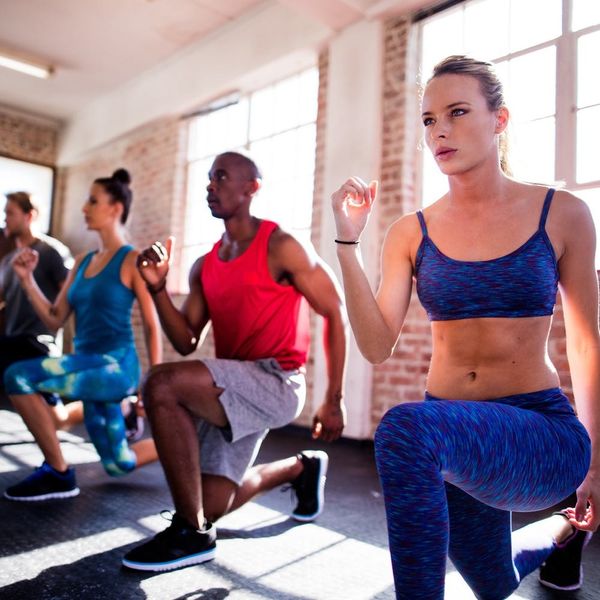 Ever wonder how your city compares to others when it comes to fitness? Maybe you’ve noticed that there are an awful lot of people wandering around in activewear, but you’ve also wondered how many of them are actually getting their sweat on. Well, lucky for you, we’ve got the stats on that. The Sports & Fitness Industry Association just released their annual report on fitness trends in the US, and in it, they crown the top 10 cities in the country for group-based fitness. That means these are the country’s workout hot spots, where around a quarter of the population is actively working out in fitness studios. Curious how your city stacks up? Read on!

1. Salt Lake City, Utah: It makes sense that this super outdoorsy locale is taking the top spot, with a whopping 25.8 percent of participants engaging in group fitness classes. That’s a whole lot of people getting their hearts pumping in fitness studios.

2. New York, New York: Looks like the city that never sleeps ranked pretty well, which is not surprising, since there’s a SoulCycle in almost every neighborhood these days. With new fitness studios popping up every day, it’s easy to get to a convenient class from most places in the city, making NYC a super hot destination for the sweat-obsessed.

3. Los Angeles, California: In the land of celebs, staying fit and trying new workout trends is everywhere. Plus, a healthy lifestyle is just part of the California way, right?! We’d be shocked if LA didn’t rank in the top five, so this third-place pick seems right on the money to us.

4. Milwaukee, Wisconsin: We didn’t expect to see Milwaukee so high on this list, but we’re pleasantly surprised. From getting into beast mode at CrossFit to barre-ing really hard, this city’s got tons of awesome classes to try.

5. San Diego, California: It makes sense that if you’re hitting up the beach on the reg, you’re probably going to work out more often, which is perhaps why San Diego is so high on the list.

6. Charlotte, North Carolina: You might not think of Charlotte as a fitness mecca, but it truly is. The city has a flourishing ClassPass scene with everything from yoga to spinning to aerial silks classes. Sounds pretty impressive to us.

7. Chicago, Illinois: We’re pretty impressed that people in the Windy City can get their butts out the door and to class in their frequently freezing cold temps. But that’s what fitness is all about, right? Commitment!

8. Miami, Florida: Beach bodies (of all shapes and sizes) are aplenty in Miami no matter the season, so, again, it’s only logical that many people would be interested in working on their fitness all year round. We hear there are even some pretty great beach boot camps — if you’re into that kind of thing.

9. San Francisco, California: Since so many East Coast gyms like Flywheel, SoulCycle, Pure Barre and Barry’s Bootcamp have outposts in SF, it’s only natural that the city by the bay made it on this list. Plus, there are plenty of local spots like Burn and Uforia that add even more options to all the awesome group training the city has to offer.

10. Atlanta, Georgia: This city has a ton of amazing workout studios too. Hot yoga? Check. Pilates? Check. HIIT? You bet. Any kind of sweat experience you’re looking for, you can definitely find it here!

How did your city rank? Were you surprised by its spot on the list? Tweet us @BritandCo!

Julia Malacoff
Julia is a writer, editor and proud life-long vegetarian based in Brooklyn, NY. An avid traveler, meditation enthusiast and exercise junkie, she stays active in every new locale she visits.
Fitness
Health
Fitness Workouts