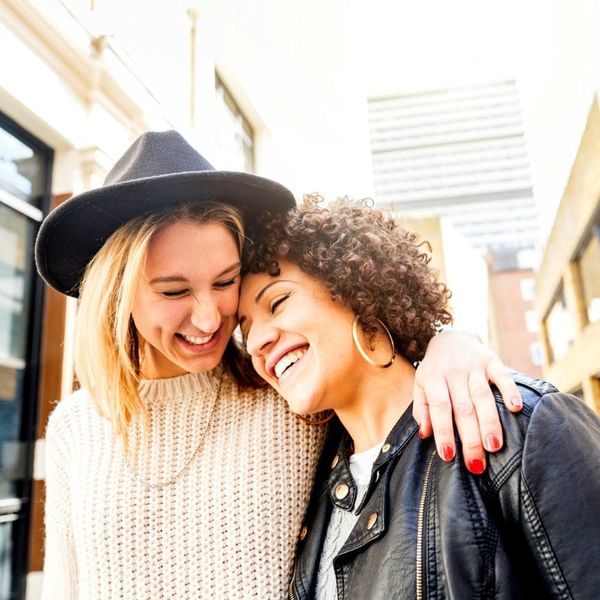 Common dating lore says that people up their search for love (or at least cuddle-buddies) during the winter (AKA cuffing season), and then flock back to the casual dating scene during the warmer months. Still, a study on Facebook statuses says the period between Jan 1 and mid-March is actually peak breakup season. Scientists think that it’s because we’re more stressed and moodier during the winter. We don’t know about you, but 2017 has been the most emotionally challenging… oh, fine — man-hating, angry winter we can remember. But against this common logic, more singles are seriously searching for a match online RN than*anytime* in the last 15 YEARS. And online dating companies think there’s one man responsible for that: President Donald Trump.

If you think we’re implying that Trump and Melania have been a beacon of #relationshipgoals a la the Obamas, that’s absolutely not the case. According to eHarmony, it’s actually that people seek companionship during super unstable times. Grant Langston, CEO of eHarmony, told Refinery29 that, “I was actually here [at eHarmony] when September 11 happened, and some of the things that we saw then are similar to the things we see now,” saying there were major increases in new sign-ups (35 percent!), connections and messages exchanged right after both the September 11 attacks and November 8, 2016, election day. During what’s typically one of the slowest time of year for new signups, there doesn’t seem to be any other non-Trump explanation for the spike.

Other online dating companies are noticing a surge in users who are serious about finding a like-minded companion. OKCupid reported that photo uploads after January 20, Inauguration Day, went up 37 percent, and that there was an uptick in messages sent. Her, the largest app for lesbian, bisexual and queer women, saw a huge increase in new users and the time users spent messaging and posting events and news to the site’s feed (similar to a Facebook newsfeed) since Trump’s inauguration. “In times like this, you want to find solidarity within your community,” founder Robyn Exton hypothesized to Refinery29.

According to eHarmony, an increase in messaging is the key indicator that people are taking this whole online dating thing way more seriously, telling Refinery29, “We saw a real spike in two-way communication starting after the inauguration,” he says. “That was a real kick in the pants to people who were already on the site, and [that timing] is not something you’d usually see.” If you don’t have a bae (yet), go hug a friend or call a loved one. It sounds like we’re all craving some love and support during these tough times.

Did Trump spur you to take your dating game more seriously? Tweet us @BritandCo to let us know.

Whitney Akers
Whitney is a writer that's equally drawn to the energy of a big city and the peacefulness of the Redwoods. If she's not lucky enough to be on an international adventure, you'll find Whitney enjoying all the urban hikes, used bookstores and fancy cocktails San Francisco has to offer.
Dating
Relationships
Dating Politics study
More From Relationships