19 Charities to Feel Good About Supporting on Giving Tuesday 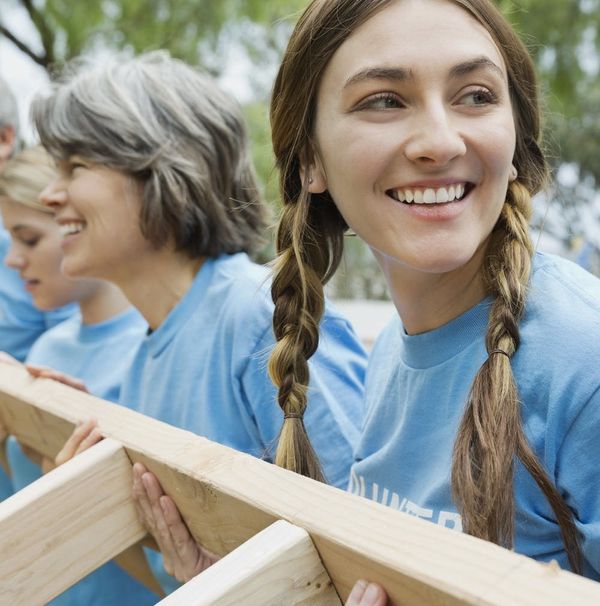 The last week of November is always a whirlwind. Between Thanksgiving, Black Friday, Small Business Saturday, and Cyber Monday, it’s a go-go-go pre-Christmas explosion. But once the deal-scouring weekend draws to a close, there’s a more socially conscious way to spend your money, and that’s with Giving Tuesday.

With thousands of charities across the country, where should you donate this year? Obviously, if there’s something near and dear to your heart, go for that. But if you don’t know where to begin, here are some of the best charities you can donate to in order to make a huge impact right now.

1. Puerto Ricans in Action: Roughly one in five Puerto Ricans is currently without access to clean water following Hurricane Maria in September. This LA-based charity is focused on getting clean water and supplies to the people of the island.

4. Planned Parenthood: Planned Parenthood is the go-to resource for women who need accessible health care. Offering cancer screenings, women’s wellness appointments, and other women’s health services, this organization’s mandate to protect women’s health at every stage should be supported. And, with cuts to funding, PP needs help to keep up their important work.

5. Girls Not Brides: This international agency works to prevent young girls from getting married. Child marriage is a little-talked-about issue affecting millions of children at home and around the globe.

6. Heifer International: This charity aims to address hunger and poverty around the world, in part by empowering women to start economic endeavors in their home country. This year’s Giving Tuesday, the organization will double every gift.

7. NARAL Pro-Choice: NARAL has made headlines this year by leading protests against the government’s attempts at criminalizing abortion by showing up at legal hearings dressed as handmaids fromThe Handmaid’s Tale. The organization works to protect abortion access, support women’s reproductive rights, and ensure fair and equal maternity leave for all women.

8. National Immigration Law Center: This org is fighting to support immigrants who may face deportation or other legal issues while here in the US. They have been working tirelessly since DACA was repealed to provide legal support for many of the hundreds of thousands of people who will bear the brunt of draconian immigration reform.

9. Border Angels: Border Angels aims to connect families separated by the US-Mexico border, including having San Diego’s Door of Hope open so that family members may see and touch each other across the border. Last week, the charity was able to get the door open for 15 minutes so that an American man and Mexican woman could marry.

10. The Young Center for Immigrant Children’s Rights: This charity works to support unaccompanied minors who end up in the US due to violence, trafficking, and more. The organization was founded and named after 14-year old Young Zheng, who was trafficked and then expected to work off a $60,000 debt to his captors in the US.

12. The National Domestic Violence Hotline: This confidential, free 24-7 support line is a resource for women across the country who experience domestic violence.

13. RAINN: RAINN is the country’s largest anti-sexual violence organization. Besides supporting victims of assault and abuse, the org works to change laws and policies to better protect victims and educates the public on the social causes of, and solutions to, sexual assault.

14.The Anti-Defamation League: Since the ADL’s founding in 1913, the organization has supported the civil rights movement as well as countless women’s civil rights issues.

15. Black Lives Matter: Born out of protest against George Zimmerman’s 2013 not-guilty verdict in the 2012 shooting death of Black youth, Trayvon Martin, the organization is women-run, queer-supporting, and works to improve race relations in the US and Canada.

16. NAACP: The National Association for the Advancement of Colored People (NAACP)’s mandate is to ensure the political, educational, social, and economic equality of rights of all persons and to eliminate race-based discrimination.

17. Environmental Working Group: Known for their “Dirty Dozen” food lists each year, the EWG is considered one of the most impactful environmental charities in the US today. They work to empower people to make smart food choices that help create a cleaner environment and healthier Americans.

18. The Union of Concerned Scientists: This organization aims to use science to help the environment, teach better health and wellness, and even work with solar, wind, and nuclear scientists to create the safest, most effective energy available.

19. Natural Resource Defense Council: Founded in the 1970s, the NRDC offers legal aid for groups seeking action for clean air, water, and a healthy environment. They work with millions of members around the world and partner with both the public and private sectors to create change.

What charity will you be donating to this year? Tell us @BritandCo!

From Your Site Articles
Kat Armstrong
Kat has been a writer, social media maven and mom for longer than she's willing to admit. She's also spent time in front of and behind the camera, interviewing celebs, politicians and acting as a producer for fashion and artistic photography shoots. When she isn't writing for various orgs and publications, she's hanging with her kids, husband and French Bulldog, Peter, in Toronto, Canada.
Thanksgiving
Empowerment
Thanksgiving
More From Empowerment