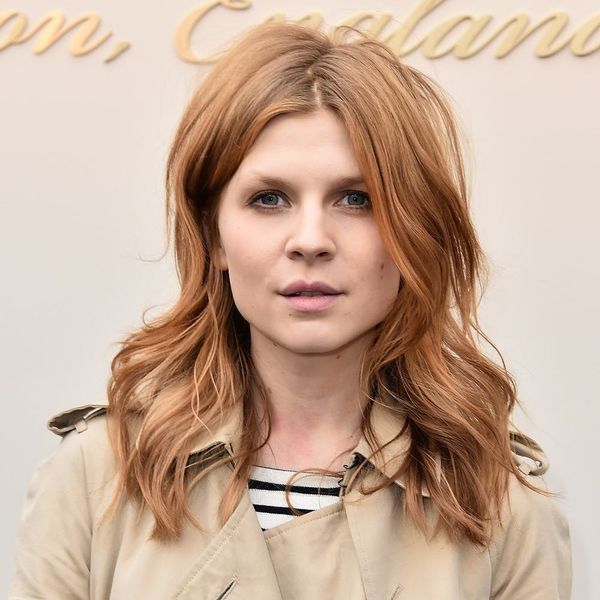 The Harry Potter universe is certainly buzzing as hard as ever, with The Cursed Child revealing to fans what happens 14 years down the magical road and stars like Emma Watson going from brainy and brave Hermione to beloved Belle in Disney’s live-action Beauty and the Beast. Now, Clémence Poésy, the actress behind fan-fave character Fleur Delacour, is expecting a little added magic in her own life, as she’s just announced she’s pregnant with her first child.

At the Deauville Film Festival in France, 33-year-old Clémence showed off her impressive baby-bump in a golden outfit that added a little extra shine to her existing pregnancy glow. She was there to support Harry Potter co-star Daniel Radcliffe who was there featuring his new film, Imperium, and the old friends looked thrilled to see each other.

Though intensely private and not apt to reveal too many deets, we do know that the actress (who currently appears on the British-French drama series The Tunnel on PBS) is due in October, and we have no doubt that her little one will add an entirely new level of magic to her life.