This May Be the Most Offensive St. Patrick’s Day T-Shirt of the Year 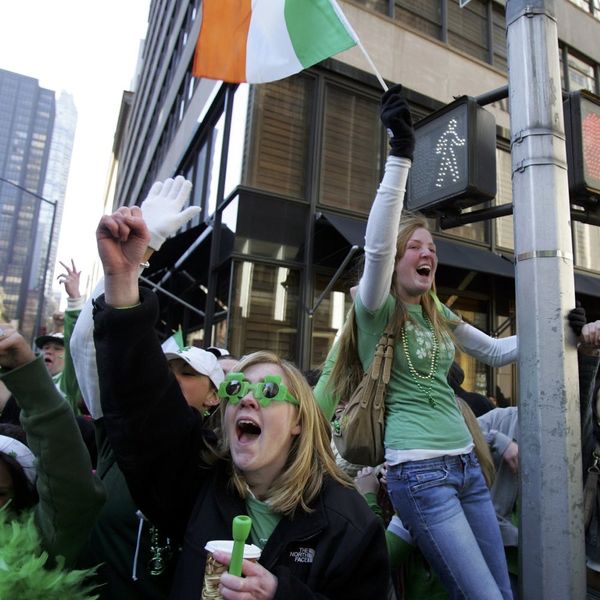 St. Patrick’s Day is almost here, and while we prep with St. Paddy’s nail art and get ready for Guinness cocktails, we’ve come across what might be the most offensive St. Patrick’s Day t-shirt of the year.

Spotted by Mic on PubCrawls.com, the “Drunk Lives Matter” t-shirt is totally courting controversy by, obvs, attempting to celebrate (?) St. Patrick’s Day by playing off of the Black Lives Matter movement. It even uses the same font as BLM.

This should be pretty darn obvious, but here we go: Using the symbol/slogan of a civil rights movement (however much you might change it) to promote drinking isn’t cool. It’s not funny or cheeky or even edgy. In fact, it’s wrong and offensive. It trivializes the fact that, as Black Lives Matter tells us, “Black women [bear] the burden of a relentless assault on our children and our families… Black girls are used as negotiating chips during times of conflict and war… Black queer and trans folks bear a unique burden from a hetero-patriarchal society… [and] 2.8 million Black people are locked in cages [prisons] in this country…”

The shirt has also popped up on Amazon in various colors — ya know, so you can be offensive on any occasion. Natch, peeps are NOT impressed…

There's a guy in a green Drunk Lives Matter shirt. It's 5:30pm and I'm trying not to punch him. Happy Parade Day.

i gave up on St. Patrick's Day last year after seeing a band of idiots all in "Drunk Lives Matter" t-shirts

SHAMEFUL: @Amazon is encouraging white drunk people to make fun of a movement whose goal is to save black lives #BLM https://t.co/UAuEH5ANpk

I don't mind the crowd of tipsy revelers. I do mind the person in a "Drunk Lives Matter" t-shirt. #rage #StPaddysDay

Whoever is behind the "drunk lives matter" t shirt seen on the weekend of the st. Pattys parade should really rethink EVERYTHING.

What do you think about the “Drunk Lives Matter” t-shirt? Let us know @BritandCo!