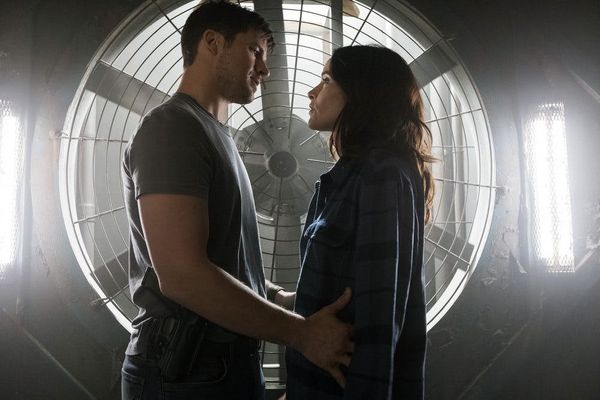 Calling all Timeless fans! The NBC series, which was canceled for a second time in June, is living up to its promise and ending its run by returning to the small screen one last time with a movie, which will air during the holiday season. Following months of speculation, we now have confirmation about what’s in store for the Christmas-themed send-off, as well as its highly anticipated air date.

The time-travel drama will say goodbye to fans (for real this time) on Thursday, December 20, with “an epic, unforgettable thrill ride through the past, present, and future, with a healthy dose of Christmas spirit,” Entertainment Weekly reports.

The action-packed flick, which will see the return of all of its beloved actors, including Abigail Spencer, Matt Lanter, Malcolm Barrett, Goran Višnjić, Paterson Joseph, Sakina Jaffrey, and Claudia Doumit, will take place across three centuries and will also feature physical travel (not just time travel!), with the characters making their way between two continents. According to EW, “the finale will test Lucy, Wyatt, and the entire Time Team like never before as they try to #SaveRufus, preserve history, and put a stop to Rittenhouse once and for all.”

Timeless was canceled for the first time in 2017, but thanks to its devoted fans’ rallying cries, NBC decided to bring it back for a second season. Unfortunately, the network pulled the plug again back in June. The show’s creator, Shawn Ryan, said at the time, “We’re proud of the impact #NBCTimeless had on so many people — the students who embraced history as a result of our show, the people who were inspired by our stories of inclusion and acceptance.”

Will you be tuning in to the Timeless finale? Tweet us @BritandCo.