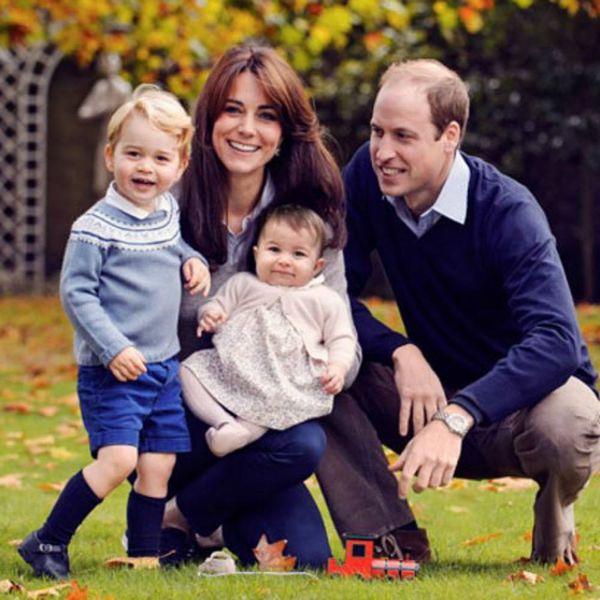 The most popular baby names in the US today prove that celebrities influence baby name trends. Nicole Richie’s Harlow, Gwen Stefani’s Kingston and half of the names chosen by the Jolie-Pitts have risen in the ranks thanks to the famous families. High-profile birth announcements can take an already-rising name and put it on every parent’s shortlist, like Channing Tatum’s Everly. Or it can transform an obscure choice, like Marlowe, into everyone’s new favorite. As the year draws to a close, we’re taking a look at the celebrity baby name choices likely to influence baby naming in 2016 and beyond.

1. Charlotte: The biggest story of 2015 was the birth of Her Royal Highness, Princess Charlotte Elizabeth Diana of Cambridge. Just days after Charlotte’s birth was announced, we learned that the name had cracked the US Top Ten. It’s a classic choice, not a trendy one, and it’s still a name to watch in 2016.

2. Josey: Naya Rivera calling her baby boy Josey was good news for parents who have long lamented the boy-names-on-girls trend. In 2015, we declared that parents were reclaiming many of those names for boys, with choices from Sasha to Lyric appearing on birth certificates for the sons of the famous.

3. Poppy: Jenna Bush Hager named her new daughter Poppy this year, as did Nate Berkus. There’s evidence that vintage flower names are in vogue, with more parents considering antique lovelies like Marigold and Magnolia. New favorite Poppy has been big in the UK for years and is now catching on in the US as well.

4. Calvin: Both Grimm’s Claire Coffee and Bones’ Emily Deschanel named their sons Calvin this year. A new wave of “old man” names is making a comeback, and Calvin could be the hottest of them all.

5. Edith: Cate Blanchett’s Edith is evidence of another new trend. Sometimes a letter is hot, but in this case it’s two: the digraph “th.” Fast-rising Theodore, Theo and Thea have all been heard on celebrity birth announcements. But some of the most stylish names put the “th” in the middle or the end, like Blanchett’s Edith.

6. Saint: If Charlotte was the baby name of early 2015, Saint West is the story of the winter. Kim and Kanye’s choice echoes a trend we predicted for 2015: defining names. More recent arrivals with names that are equally grand are Lily Cole’s Wylde and Kimora Lee’s Wolfe.

7. Sparrow: O-ending names for girls have been catching on ever since Will and Jada welcomed Willow way back in 2000. 2015 was their year, with girls named Sparrow (daughter of Eivin and Eve Kilcher) and Harlow Monroe (Kimberly Caldwell’s daughter).

8. Edie: This year, we changed our lives by uncluttering — not just our closets, but our baby names too. Simple, even spare choices like Keira Knightley’s Edie and Andy Roddick and Brooklyn Decker’s Hank skipped the formal in favor of short, straightforward names meant for everyday use. Other names in this category include Max, Art, Ozzie and Cy.

9. Love: Terence Howard’s Qirin Love was one of the “word” middle names that are all the rage. We’ve also seen such unexpected choices as Snow, Moon, Ocean, Sky, Rein, Blue, Red and Day used for celebrity babies in 2015.

10. Luna: The hottest direction in naming is up, whether that’s celestial entities, like Leonor Varela’s Luna, or ways to get there, like Sam Worthington and Lara Bingle’s Rocket. Criminal Minds’ AJ Cook is mom to Phoenix Sky.

11. Charlie: Jeff Goldblum’s Charlie Ocean pulls together all of the 2016 trends. Charlie is a post-gender name, used in almost equal numbers for boys and girls. Dave and Odette Annable named their daughter Charlie Mae earlier this year. It’s a simplified name, like Edie and Hank, free of clutter. And, after a year that saw terrorism ravage Paris, it expresses support for France: #jesuischarlie! We’re sure to hear more of upbeat, unisex Charlie in 2016.

What was your favorite 2015 celebrity baby name? Tweet us @britandco and let us know!