We Tried This Crazy 2 Ingredient Pizza Hack… and It Totally Worked! 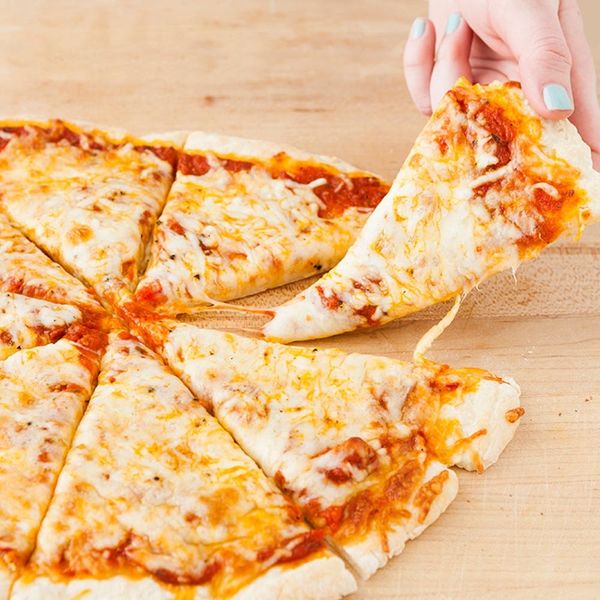 Anyone who has fallen victim to a Pinterest fail or two is well aware that some of the Internet’s craziest food and life hacks don’t always end up working out so well. Remember when we tried the hashtag smokey eye that turned out to be a total flop? But when we were scrolling through the deep dark depths of Reddit earlier this week, we stumbled across one that seemed almost too good to be true: a two ingredient pizza crust. Could it be? We decided this one was worth a test.

Self-rising flour can be found at most grocery stores and is extra convenient because it already includes leavening agents (AKA baking powder). Okay, makes sense but what’s with the yogurt? Similar to yeast, yogurt contains fermentation byproducts that’s supposed to create a similar effect without all the wait time.

I started by combining one cup of flour and a cup of yogurt. It seemed a little bit too soft so I went ahead and added the extra half cup. After combining with a spoon, I used my hands to knead it into a smooth ball. I then rolled it out just like you would any other pizza dough. It was still sticky but not quite as much as your standard pizza dough. It also didn’t have quite as much elasticity as normal, but that’s not necessarily a bad thing if you’re in a hurry.

After topping it off with sauce and cheese, I popped it in the oven (preheated to 450 degrees) for about 13 minutes.

And when I pulled it out… it totally worked!

The crust was super fluffy and if you didn’t already know it was made with yogurt, you’d probably never realize. After most of the B+C team grabbed a slice, responses ranged from “Damn, this is delicious” to not one, but two people telling me, “This reminds me of my childhood.”

My one complaint: The dough was definitely cooked enough around the crust but was super soft towards the center. It was still done but was a little hard to hold. However, I decided to try it once more, this time cooking the dough on its own for five minutes then throwing on the sauce and cheese and putting it back in the over for another ten. After I did it this way it was much firmer and easier to manage.

Do you have any crazy food hacks you swear by? Share them with us on Twitter @britandco, we want to hear!

From Your Site Articles
Cortney Clift
Cortney is the senior writer and special projects editor at Brit + Co. She typically covers topics related to women's issues, politics, and lifestyle. When she's not buried behind her computer you'll find her exploring New York City or planning her next big adventure.
hacks
Recipes
hacks
The Conversation
Reviews:
More From Recipes