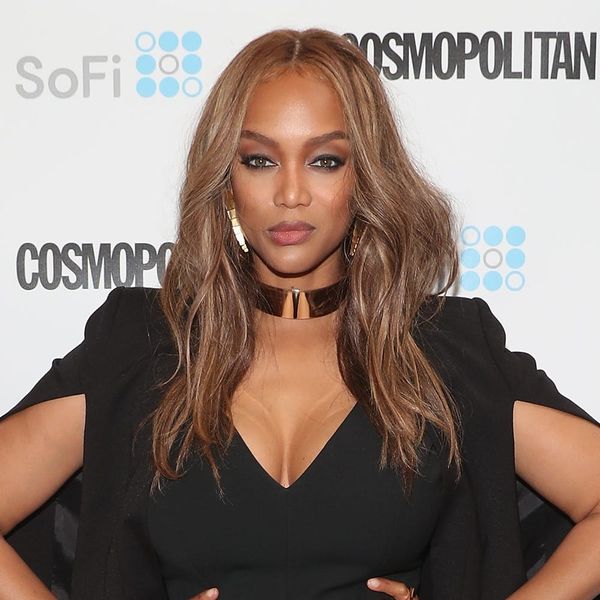 Tyra Banks has been keeping pretty busy since she left America’s Next Top Model behind in 2015, becoming a mom to a baby boy as well as adding Stanford college professor to her already impressive resumé. But now it’s time to practice your smize all over again, because the model/actress/entrepreneur has just nabbed a HUGE new reality show gig.

According to America’s Got Talent judge Howie Mandel (who tweeted the big news), Tyra Banks will be replacing Nick Cannon as the host of the popular reality show.

For those who are unaware of the behind-the-scenes (yet totally public) sitch with Cannon, according to Vulture, he reportedly quit the show after NBC threatened to fire him because of a “racially charged” joke he made during his Showtime special. By bringing Tyra into the mix, the show’s team has definitely attempted to make a crowd-pleasing choice.

Despite that, fans are divided, with comments on Instagram ranging from “Cannot see her having fun with performers or helping to console the buzzer receivers” to “Yes, CONGRATZ Momma Tyty! 👁♥️ @tyrabanks ! … seeing you more and on another huge show? You are the definition of a female BOSS!”

America, strike a pose. #AGT has a brand-new host! Welcome to the fam, @tyrabanks!

With America’s Got Talent returning this summer, Tyra Banks will be joining judges Simon Cowell, Heidi Klum, and Mel B, who can probably teach us a thing or two about their own smize techniques.

What do you think about Tyra Banks becoming the new host of America’s Got Talent? Let us know @BritandCo!