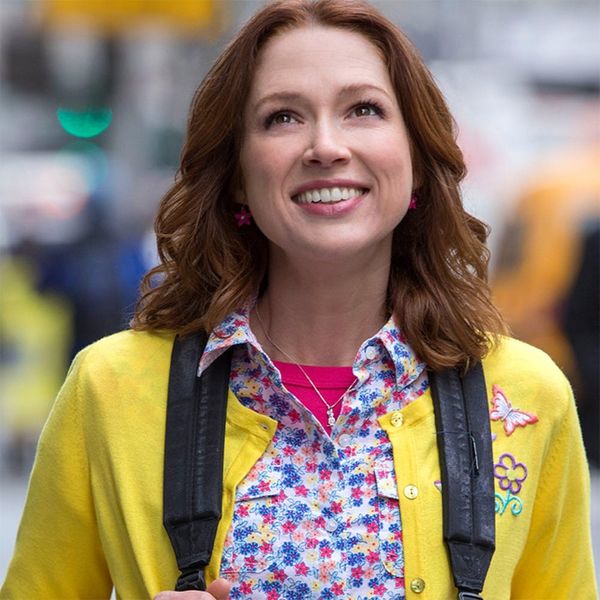 Since Unbreakable Kimmy Schmidt‘s March 6 release date, we’ve been humming “Peeno Noir,” obsessing over Kimmy’s style and fighting the urge to add “hash brown, no filter” on all of our recent Instagram shots. Our quality time with our Netflix queue has definitely increased due to this amazing show, and all of the pop culture references have us thinking that Kimmy Schmidt would probably have an awesome Netflix queue IRL… and then we found it!

This Netflix Easter egg (which has been MIA since we quickly snapped a photo — we’ve also seen “Claire Underwood’s” Netflix Queue too!) gives us a glimpse of what Kimmy would be enjoying on her own bingewatching sessions… once she figures out how to get online without a dial-up connection and an AOL CD-ROM. Here’s what we’d expect to find on Kimmy’s Netflix queue (and what should be on yours too!):

1. The Baby-Sitters Club: Now that she’s out of the bunker, Kimmy won’t have to rely on her worn out copy of Dawn and the Surfer Ghost. There’s a good chance that Kimmy, Titus and Xan would have some serious BSC binges at the Voorhees house. (Photo via Columbia Pictures)

2. Law & Order: Special Victims Unit: You can bet that Kimmy was way behind on her “Law Squiggle Order” — after all, the past fifteen years of her life could have been an episode. (Photo via Wolf Films)

3. I Escaped A Cult: If there’s a character that understands the physical, mental and emotional toll that an abduction has on a person, it’s Kimmy Schmidt. Kimmy could have written this documentary herself. She tells Titus: “It doesn’t matter if you get taken by a cult or you’ve been rejected over and over again at auditions. You can either curl up in a ball and die, like we thought Cyndee did that time, or you can stand up and say, ‘We’re different. We’re the strong ones, and you can’t break us.'” Hear, hear! (Photo via NHNZ)

4. Frasier: We’re almost positive that once Kimmy and Titus figure out a way to score free WiFi from the neighbors, there will be some seriously fancy Frasier marathons (with only the finest pinot noir, of course). (Photo via Paramount Television)

5. Friends: It’s good to know that we’re not alone in our Friends obsession — finding the fountain from the opening credits of this show would be a ‘90s-girl dream come true. Kimmy has some serious post-1999 Friends catching-up to do. (Photo via Warner Brothers)

6. Clueless: This quintessential ’90s girl movie had us dreaming of high school, makeovers and shopping at the mall with our friends. And since Kimmy is a total child of the ’90s, we’re betting that this film totally has a permanent place in her Netflix queue. (Photo via Paramount)

7. Billy Madison: While most of us love this Adam Sandler classic for the hilarious one-liners, this movie actually inspired Kimmy Schmidt to go back and earn her GED. This woman never ceases to amaze us. (Photo via Universal Pictures)

What do you think of Kimmy’s Netflix queue? Are there are films or shows you’d like to add?