Unicorns Are Real, According to Science 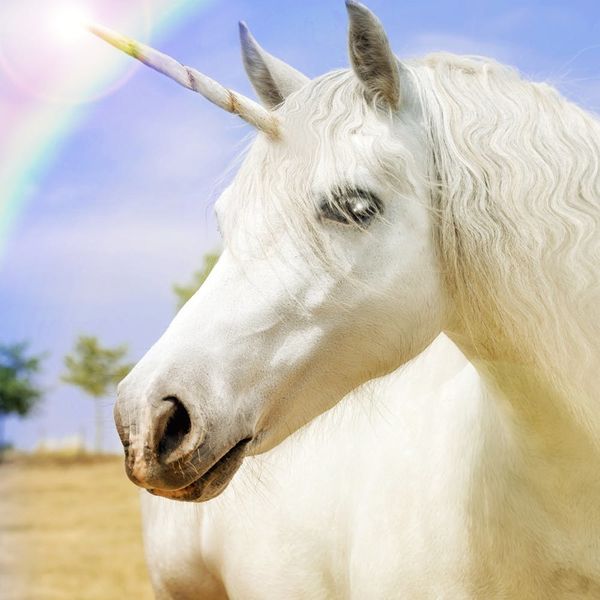 Unicorns are the stuff of fantasy for every fabulous kid who ever dreamed of their Prince(ess) Charming riding up on a trusty white steed with a glorious sparkly crown. The horned creature makes us think of romance, long flowing locks, knights and magic. And now, scientists have proven that the mythical creatures were more than just excellent tweenaged daydream fodder (and dog costumes). That’s right: According to the American Journal of Applied Sciences, a creature that was more or less an ACTUAL LIVE UNICORN once totally existed. Rejoice!

Science is now showing us that not only have unicorns walked the earth, but they were last seen around 29,000 years ago in and around Kazakhstan. In other words, not all that long ago (in geological time, obv).

Scientists have known about the existence of Siberian unicorns (or Elasmotherium Sibiricum, as they’re called in science-talk) for some time, but archaeologists only recently found fossil records that were carbon dated to 29,000 years ago. This is extra exciting because before this, scientists believed that the Siberian unicorn died out over 350,000 years ago.

Unfortunately for us and our huge Lisa Frank obsession, the Siberian unicorn looked less like the glorious white horse with a sparkly horn we know and love, and more like a cross between a rhino and a woolly mammoth. We’re not at all complaining though, because science just proved that unicorns are real. And that’s some feel-good news, don’t you agree?

Do you love unicorns? Tell us @Britandco!