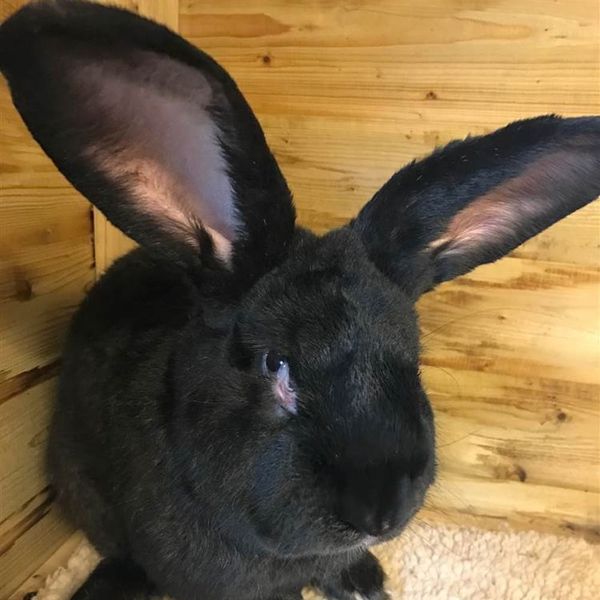 United Airlines are becoming masters of causing all kinds of trouble. From their infamous mistreatment of a passenger to refusing to let tween girls board because of their leggings, not to mention that whole scorpion sitch, the seemingly constant controversies have resulted in an unbelievable drop in value for the brand. And while you might think that would prompt them to take a little extra care with everything they do these days, it looks like that’s not the case at all. That’s why United is in trouble AGAIN after a giant rabbit died on a recent flight.

A 10-month-old giant baby bunny named Simon was on a flight from London to Chicago (yep, to O’Hare Airport, no less) when flight attendants found the three-foot rabbit had passed away in the cargo hold sometime during the trip. Reportedly on his way to a new celeb owner, the unnamed star is apparently “distraught” and considering legal action.

It’s not only upsetting because an innocent animal died — Simon was on his way to becoming the world’s largest rabbit, expected to surpass his father Darius’s size for the impressive honor.

With no word currently on how Simon died, United Airlines has found themselves in an incredibly apologetic position. Again. “The safety and well-being of all the animals that travel with us is of the utmost importance to United Airlines and our PetSafe team,” the airline said, according to Haaretz, adding that they’re “reviewing this matter.” No doubt. But again, is it too little, too late?

Are you shocked that United Airlines is still finding themselves in trouble ? Let us know @BritandCo!