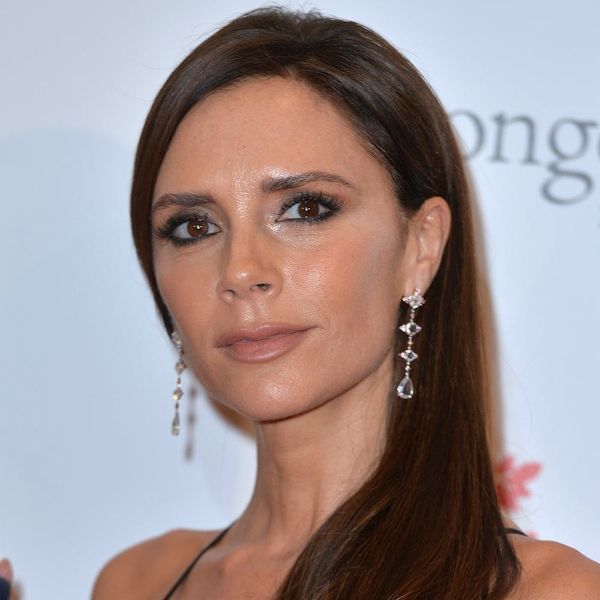 Despite the trails the couple faced in the past, it’s no secret that Brooklyn Beckham — Victoria Beckham’s son — is completely enamored with his lady love, Chloe Grace Moretz: A quick perusal of the two’s Instagram accounts make that fact all too clear.

Brooklyn’s mom took time out from honing her baking skillz to prove that Brooklyn’s not the ONLY Beckham feeling Ms. Moretz’s pro-feminist vibes, however, with her latest Instagram post.

Recirculating this triumphant shot of Chloe championing for her chosen candidate, Hillary Clinton, at the DNC (where Michelle Obama also made a splash) Thursday night, Victoria writes a message of support for both ladies at once, saying, “That’s what I’m talking about…..Girl Power!!!!”

The pro-female message Chloe touched on in her speech, in which she also urged millennials to vote, is one Posh Spice knows well — she was, after all, one fifth of a group that made the concept its motto.

Ending her post with “#ImWithHer us x VB,” it’s clear she’s team Hill, as well, but we’ve got a sneaking suspicion it was also a subtle nod of approval to the young woman who’s stolen her eldest’s heart.

What a sweet gesture, Posh!

Are you happy to see Victoria giving Chloe her motherly nod of approval? Tell us over @BritandCo!

Nicole Briese
Nicole is the weekend editor for Brit + Co who loves bringing you all the latest buzz. When she's not busy typing away into the wee hours, you can usually find her canoodling with her fur babies, rooting around in a bookstore, or rocking out at a concert of some sort (Guns N' Roses forever!). Check out all her latest musings and past work at nicolebjean.com.
Empowering Girls
Celebrity News
Empowering Girls Girlboss
More From Celebrity News