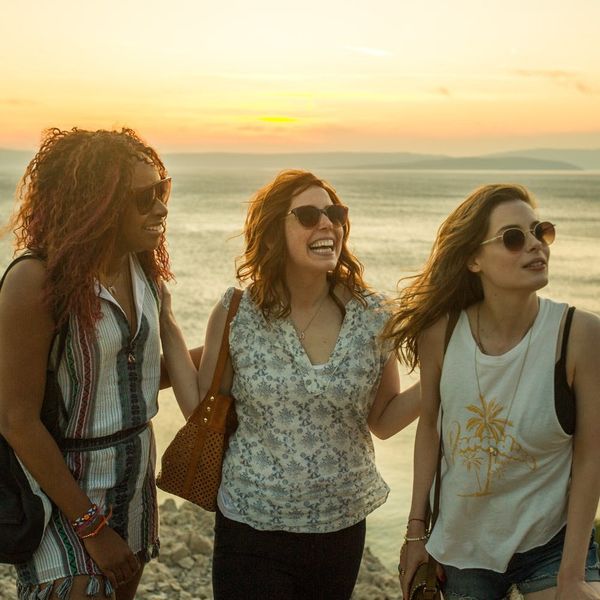 Welcome to Brit + Co’s Weekly Entertainment Planner! Each Monday, we highlight one thing we’re excited about in six categories — movies, TV, music, streaming services, podcasts, and a bonus pick from all of the above — to help you navigate your week in watching and listening. Check out our picks for the week of May 21 to May 27 below. Your eyes and your ears will thank us!

Solo: A Star Wars Story (May 25): The follow up to 2016’s Rogue One and a standalone prequel to the very “first” Star Wars film, Solo tracks the early adventures of a young Han Solo (Alden Ehrenreich) and his sidekick, Chewbacca. The film got notable hype early on when it was announced that Donald Glover had been cast as Lando Calrissian, and given the ascent his career has been on since, it’s sure to only add to the hype inherent in a Star Wars title. (Photo via Walt Disney Studios)

Brother VS Brother (May 23):The Property Brothers, Jonathan and Drew Scott, return for a new season of their beloved house-flipping-and-decorating competition show. Season 6 sees the brothers taking on San Francisco real estate, and promises lots of new guest judges. Check out the premiere on Wednesday, May 23, on HGTV. (Photo via Jason Davis/Getty Images for HGTV)

Ibiza (May 25): Gillian Jacobs, Richard Madden, Vanessa Bayer, and Phoebe Robinson star in the latest Netflix original movie, about a work trip to Spain that turns into a party group trip. Check it out on Netflix on May 25. (Photo via Aleksandar Letic/Netflix)

Habitat: Gimlet’s latest nonfiction series tells the true story of a group of everyday people who volunteer for a NASA program simulating life on a fake planet Mars in Hawaii. These strangers spend a year together in close and unordinary circumstances, and yes, it’s as intense — and fascinating — as it sounds. Subscribe wherever you get your podcasts, or check it out through Gimlet’s website.

Shawn Mendes’ self-titled new album (May 25): The Mendes Army is on high alert! Canadian pop heartthrob (and, you know, legit-as-heck talent) Shawn Mendes releases his third album this week, and if the advance singles are any indication, he’s maturing without sacrificing any of his top-40 appeal. The self-titled album will be available on Friday, May 25. (Photo via Kevin Winter/Getty Images)

Dancing With the Stars: Athletes finale (May 21): The shortened season of the first-ever all-athlete edition of DWTS (already!) comes to an end this week. Josh Norman, an NFL quarterback, and figure skaters Adam Rippon and Tonya Harding, will complete for the coveted mirrorball trophy. Watch the finale on Monday, May 21, at 8pm ET on ABC. (Photo via ABC/Kelsey McNeal)