What You Need to Know About Botox, Dysport, and Xeomin 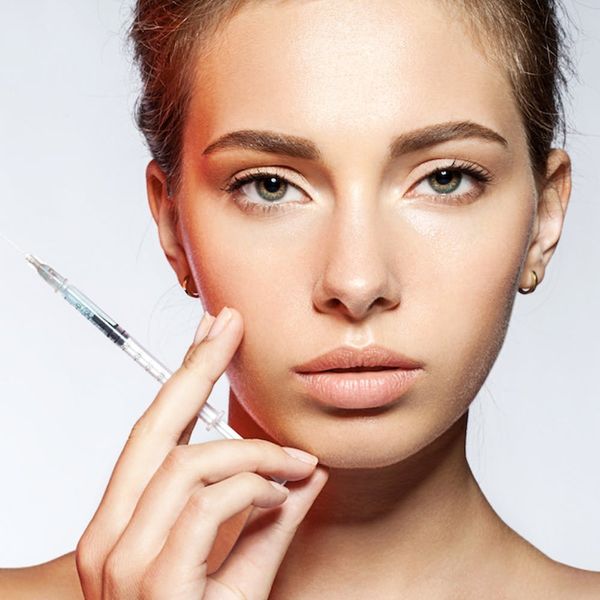 You may have developed an extensive skincare regimen by following advice from celebrities’ go-to experts and using top-rated beauty products. But when it comes to anti-aging, prevention is the best medicine for a wrinkle-free future. According to dermatologist Michelle Hure of OC Skin Lab in San Juan Capistrano, California, that medicine comes in the form of one of three leading cosmetic injectables: Botox, Dysport, and Xeomin. Whether you’re for ’em, against ’em, or still deciding, keep reading to find out what you should know.

Michelle Hure: Botox, Dysport, and Xeomin are all different formulations of injectable botulinum neurotoxin from different companies. Despite the different names, they all perform in similar ways by temporarily paralyzing the muscles that surround the injection site.

Botox and Xeomin are very similar, but Botox has proteins that surround the botulinum toxin [that Xeomin doesn’t have]. This is important because with repeated use of Botox, one can form antibodies to those proteins that keep the neurotoxin from working. Dysport has fewer of those proteins than Botox, but you need to use up to three times as many units to see similar results.

Another difference is the cost of the toxins. Botox is the most expensive and well known, while Xeomin and Dysport are less expensive.

B+C: Is one brand safer than the others?

MH: The safety profile is similar across the board for all of them. In the hands of an experienced injector, side effects are rare. The most common side effect is migration of the toxin to areas where it shouldn’t be. This can happen when an inexperienced injector has placed the toxin in the wrong area, or doesn’t realize the amount that each toxin naturally migrates from the injection point.

As an example, Dysport naturally migrates further than the other two toxins. This is beneficial, as it creates a more natural effect when softening forehead wrinkles. However, if injected too close to an important muscle, it can migrate and cause your eyelid to droop. Patients can also control the side effects as well by not rubbing their faces, exercising, or putting their heads down for four hours after injection.

B+C: How long do the wrinkle-preventing effects last?

MH: All three toxins last about the same amount of time, which, depending on the person, can be from three to five months on average. Botox and Xeomin take about seven to 10 days to kick in, but Dysport only takes three to five days to take effect.

B+C: Is one injectable better for different areas of the face?

MH: I definitely like mixing up the toxins according to site of injection. Knowing how far each toxin migrates will help determine the best place to inject. I love using Dysport for the forehead and crow’s feet wrinkles, but prefer Xeomin or Botox if I have to inject very close to the eyebrows.

B+C: What are the first areas you inject, or treat, on patients in their 20s and 30s?

MH: I find that the most common problem areas include the glabella — in between the eyes — and the crow’s feet. I tend to see the first wrinkles in those areas. I usually end up injecting all areas of the upper face so that everything looks appropriate. Many inexperienced injectors will only inject one or two areas, but this leaves the other areas looking abnormal when it comes to making facial expressions. The key is to use just enough toxin to diminish the lines and wrinkles, but still keep some movement so it looks natural. No frozen face.

B+C: What’s the biggest mistake a patient can make when getting an injection?

MH: The problem I see all too often is when a patient comes in with an etched-in line that has been present for many years and expects it to go away with her first injection of neurotoxin. It just won’t happen. Etched-in lines actually change the underlying dermis, the deeper aspect of the skin, and resemble scars under the microscope. They won’t fully go away with toxin at that point. The key is to prevent that line from forming in the first place. The only way is prevention through proper skincare, sunscreen, and neurotoxin.

Would you try injectables in your anti-aging skincare regimen? Tell us on Pinterest!

(Photo via Shutterstock via Kearney MD)