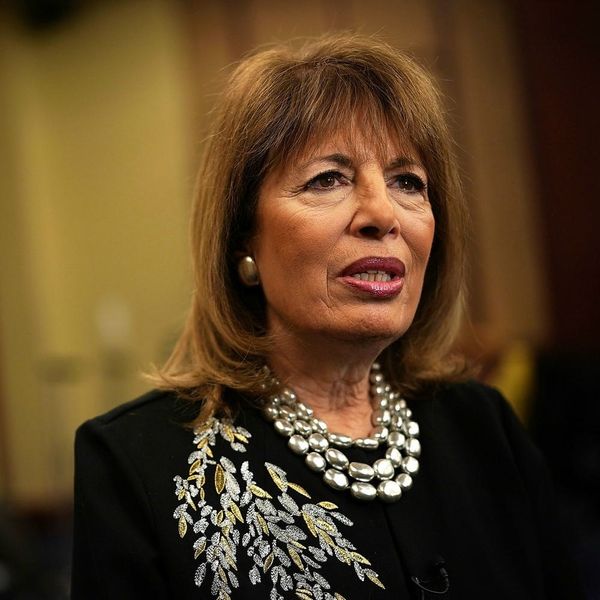 Taking a page from the Hollywood playbook, Democratic women on Capitol Hill have decided to share their support for Time’s Up by wearing black during President Trump’s upcoming first State Of The Union address.

With the speech set to take place January 30th, California Representative Jackie Speier (D) is has called on the Democratic Women’s Working Group to don black suits during the televised speech, and is urging others attending to do so as well, including men and women on both sides of the aisle.

“This is a culture change that is sweeping the country, and Congress is embracing it,” Speier told NBC News.

Speier may get some bipartisan support for her request, too. Throughout 2017, women in the GOP used their positions to stand toe to toe against policies that they deemed unfair to their constituents, especially when it came to health care. Sens. Susan Collins (R-ME), Shelley Moore Capito (R-WV), and Lisa Murkowski (R-Alaska) all stood up against their party to fight against various attempts to kill Obamacare, and although they didn’t fully succeed, they didn’t fail either.

Murkowski and Collins, in particular, spoke out often about the attempted dismantling of Obamacare, and although their party mostly froze them out, they managed to do the work of many by standing up to their entire caucus.

While the president’s daughter and White House advisor, Ivanka Trump has tweeted her support for both #MeToo and Time’s Up, the backlash she faced may keep her from standing in solidarity (and wearing black) during her father’s first SOTU.

Do you think we’ll see a sea of black during the State Of The Union? Let us know @BritandCo!