Zendaya Has a Really Unexpected Hairstyle, and It’s Fantastic 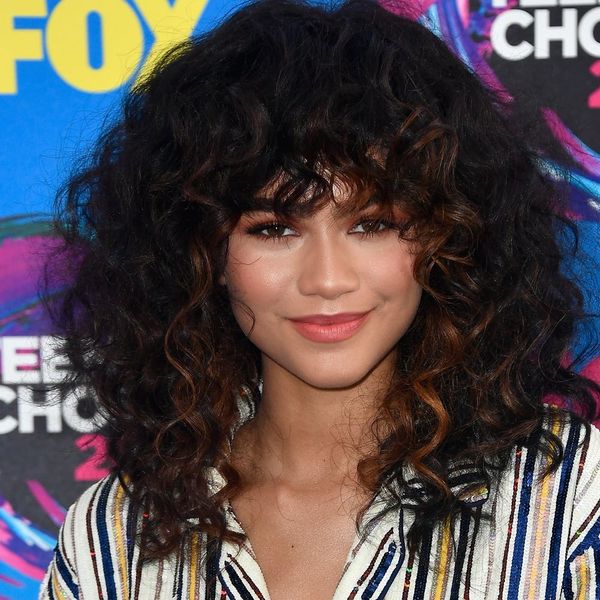 Zendaya keeps her fans inspired on the daily with her sense of style, her motivational words, and her many different hairdos. Her latest major style move is yet another hair change-up, and her followers love it!

A platinum blonde pixie tonight cause why not?

The Spider-Man: Homecoming actress posted a shot of her new ‘do to her Instagram account yesterday with the caption, “A platinum blonde pixie tonight cause why not?” The pic showed her in a starry, black and sheer, glittery dress and a platinum blonde pixie cut, created by celebrity stylist Ursula Stephen. While it wasn’t as much of a shocker as it was when she wore a mullet to the Grammys, it’s still a pretty big departure from her usual long, dark tresses.

Considering how quickly her flowing tresses returned on her IG, it’s easy to conclude that the much lighter and shorter look is just a wig — but we must say girlfriend can rock any color pixie any day!

Zendaya’s fans were quick to applaud her choice, leaving comments like, “because u slay no matter what style u put on bby,” “Ma’am. You do it all,” and “You go Zendaya the haters are all watching while you slay.”

One person even compared her chop (whether faux or not, we aren’t sure) to Cersei Lannister’s. Cersei may be a big baddie, but you can’t deny she’s a badass lady and doesn’t take crap from anyone, which sounds an awful lot like our girl Zendaya.

What do you think of Zendaya’s look? Tell us @BritandCo!

Shea Lignitz
Shea can be found in the nearest bookstore or brewery, exploring the great outdoors, or blasting Led Zeppelin. She grew up in the cold and rain of Northern California's redwoods but is currently wandering around Texas.
Celebrity Hair
Hair
Celebrity Hair Haircuts
More From Hair