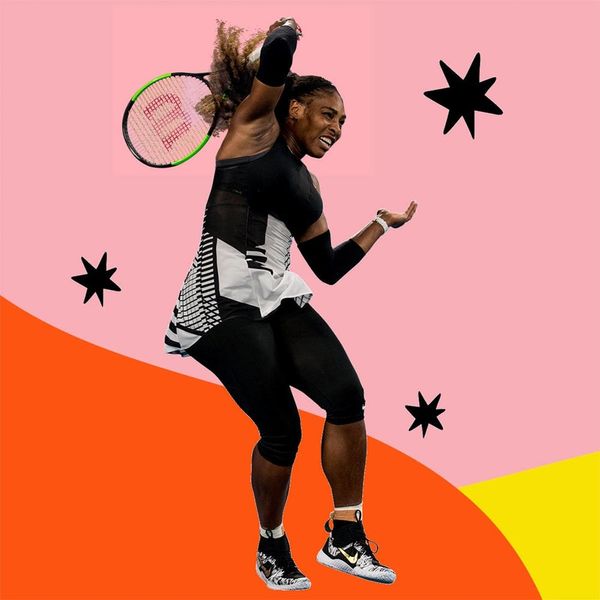 In 1973 the most famous tennis player in America, Billie Jean King, launched a campaign to protest the huge discrepancy between the Grand Slam prizes champion male tennis players received and the amount that their female counterparts won. Her threat to boycott the ‘73 US Open resulted in a decades-long process to balance the scales. In 2007, Wimbledon was the last major tournament to get with the times already and begin to award female competitors the same prize money that the men get. Progress, right? Time to bury the sport’s narrow-minded past and mark the grave with a permanent RIP? Sigh. Not quite.

It was as recently as 2014 that Russian Tennis President Shamil Tarpischev (quite intentionally) referred to Serena and Venus as the “Williams brothers,” checking the sexism box clearly, flirting heavily with racism while he was at it, and chalking it all up to a ‘joke’. Comedy pro tip: jokes are supposed to be funny.

2017, however, might go down in sports history as the year tennis finally got woke — at least, on the women’s side. The game, once dominated by white Brits, Australians, and Americans, currently has a far more diverse list of big-event winners. See: Serena Williams, Spain’s Garbiñe Muguruza, Latvia’s Jelena Ostapenko, and the WTA’s Comeback Player of 2017, Sloane Stephens.

The top is never lonely when your best friend @venuswilliams is there. Here's to #23. What a night for our family.

Stephens, seen as the women’s tennis successor to the trailblazing Williams sisters, has had an incredible year, showing up unseeded at September’s US Open to beat Madison Keys and claim her first Grand Slam title. Impressed? Consider also that her massive win followed an 11-month recovery period after Stephens fractured her foot.

Not that Serena and Venus are about to give up their thrones in the tennis world anytime soon. In January, the sisters faced off against each other at the Australian Open, with Serena coming out on top (and setting a new Grand Slam record while being pregnant, NBD).

And this year’s Emma Stone-starring biopicBattle of the Sexes brought King and her push for gender equality in tennis back into the spotlight. Filmmakers Valerie Faris and Jonathan Dayton retold King’s story to an audience of female athletes and activists who may not have been born back when the tennis champ decided to take a stand—putting both her career and personal life at risk. The movie is an important reminder of the ground that’s been gained by pioneering women in the world of professional sports — and the distance still left to go. But at least this year suggests we may be on our way.

Corrina Allen
Corrina Allen is a film + television + travel writer from Toronto. Her journalistic goals include a backstage interview with David Byrne, the fictional character she identifies most closely with is John Wick, and her favorite dead person is Vladimir Nabokov. She never, ever Instagrams photos of her food (just her dog).
inclusivity
Empowerment
inclusivity Year in Women
More From Empowerment