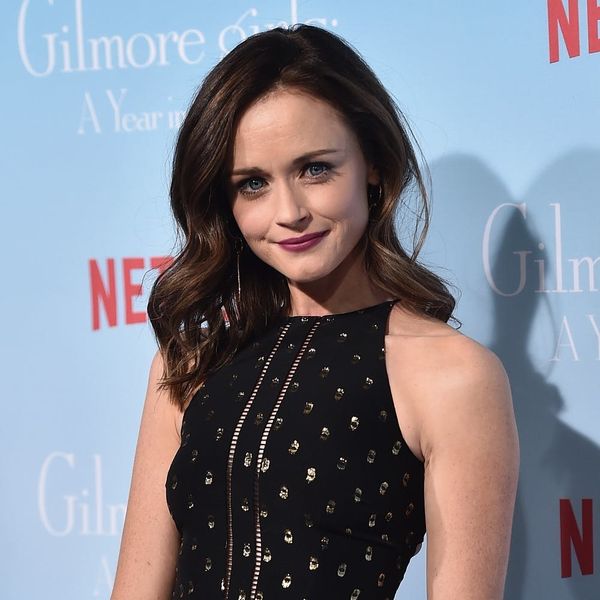 The possibility of more Gilmore Girls episodes is looking less likely these days, and while we try to accept the fact that we may have to live with *that* cliffhanger forever (say it ain’t so!), Rory Gilmore herself — AKA Alexis Bledel — just made a confession about the ending that may totally surprise you.

“It certainly wasn’t the ending I expected,” the 35-year-old began during a panel for Deadline‘s Emmy Contenders on Sunday. Though Bledel is currently making the press rounds for her role in Hulu’s The Handmaid’s Tale, she keeps getting asked about her return to Stars Hollow. And, when it came to the controversial ending which revealed that Rory [SPOILER] is pregnant, it turns out that Bledel has a few surprising feelings that you may totally agree with.

“I had told [creator] Amy [Sherman-Palladino] that I hoped Rory would end on a high note after all of her hard work,” the actress explained, making a totally relevant point since the series followed Rory through many studious, hard-working years. She added, “I wanted to see her succeed and be thriving.”

Frankly, even Sherman-Palladino called out fans for focusing too much on Rory’s love life and relationships before the reboot premiered, saying, “It’s a small part of who Rory is. Rory didn’t spend her days thinking, ‘Who am I going to end up with?’… Rory was much more concerned about ‘How do I get that interview at the New York Times?’”

That’s why, when Alexis Bledel was told of the pregnancy-focused ending, she wasn’t terribly pleased. “It was a hard thing for me to digest,” she confessed. However, she added that Sherman-Palladino had no doubts about the ending, saying, “She knew what reaction she was going to get out of the audience. She’s delighted by throwing everyone a curveball. I knew that’s what she wanted and I trusted her.”

Did you need time to digest how the Gilmore Girls ended like Alexis Bledel, or were you prepared for a twist? Let us know @BritandCo!

Desiree O
Desirée O is a ‘Professional Bohemian’ who loves anything and everything related to the arts, entertainment, and pop culture. She ADORES being a ‘Newsy’ for Brit + Co, covering all of the latest tidbits of awesomeness that you want to read about. When she’s not writing, she’s either making messy art, going on long adventurous walks with her camera, or poking around over at bohemianizm (http://www.bohemianizm.com/). You can find out about Desirée O and her work at http://DesireeO.com/ or follow her on Twitter @DesireeO.
Gilmore Girls
Pop Culture
Gilmore Girls Netflix
More From Pop Culture