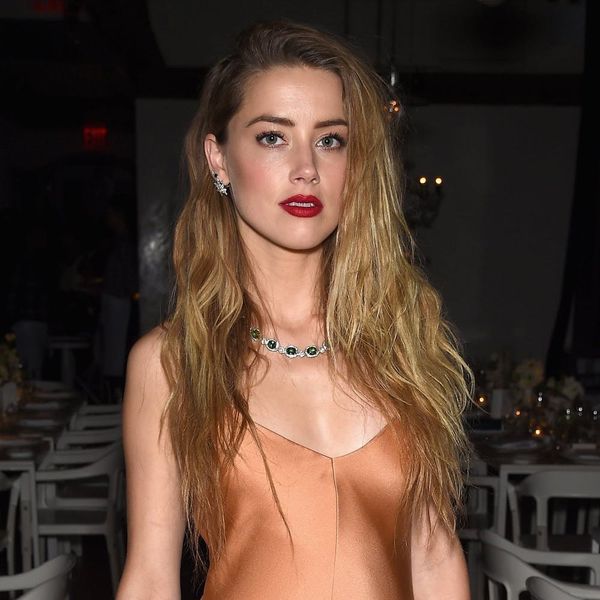 Amber Heard addresses her breakup and Bachelor Ben Higgins opens up in this morning’s top news stories. Check out those and more below in the Morning Buzz.

1. Amber Heard broke her silence over her breakup with Elon Musk. Following reports that Heard and Musk had ended their year-long relationship, Heard took to Instagram to bring some clarity to the rumors. “Being in the public eye means having to explain yourself to so many people, so much of the time,” she started. “In this case, I’d like to remain more quiet. Although we have broken up, Elon and I care deeply for one another and remain close. Thank you for the continued support, respect, and privacy during these difficult, very human times.” Musk himself appeared in the comments on another of Heard’s IG posts to tell fans that “long distance relationship when both partners have intense work obligations are always difficult, but who knows what the future holds.” (h/t ET; photo via Dimitrios Kambouris/Getty)

2.Following the Bachelorette finale, we’re all waiting (im)patiently to find out who the next Bachelor will be. Rachel Lindsay and her fiancé Bryan Abasolo have said that Alex from this season is their pick, and fellow Bachelor Nation stars Ben Higgins and Ashley Iaconetti have also addressed the topic. “Let’s talk about the real question here. Ben, would you ever be the Bachelor again?” Iaconetti asked Higgins on the most recent episode of their podcast, The Ben and Ashley I Almost Famous Podcast. The question caught Higgins off guard, and he admitted that, following his recent breakup with Lauren Bushnell, he feels it would be disrespectful to be so fresh out of a relationship and all over TV looking for another one. Honestly, we’d LOVE to see Higgins take another shot at love someday, even if we have to wait another season to see it. (h/t People; photo via John Lamparski/Getty)

3. 13 Reasons Why announced the seven new characters they’re adding for season two. Netflix has so far been pretty open about the details for upcoming episodes of 13 Reasons Why, and now we’re getting even more info on the “new faces, new stories, new secrets” waiting for us in season two. Variety has a rundown of the seven new characters being added to the show, and they range from new students like Chloe, the “it girl” and head cheerleader, to a litigator (likely to do with the ongoing lawsuit by Hannah’s parents). While none of them is a series regular, all will appear in a number of episodes throughout the season. Read about all the new characters here. (h/t Variety; photo via Kevin Winter/Getty)

4. Miley Cyrus revealed her new album title and release date with the coolest announcement. We’ve been digging Cyrus’s new songs (thanks for the inspo, Liam Hemsworth!), and now we know the name and date of the new album they’ll live on. Younger Now will be out on September 29, and based on the little video that served as Cyrus’s announcement, it’ll have even more of the country-tinged sound we’ve heard from her lately. The clip features a rhinestone-studded leather jacket and a lasso-style rope spelling out the album title. Cyrus tagged designer Jeremy Scott in the post, leading us to believe that this look is his creation. (h/t Billboard)

It’s HERE! The Spotted Cheetah, a Cheetos restaurant, is opening in NYC and taking reservations now! Book your spot to experience these dishes while you can! www.TheSpottedCheetah.com

5.Um, an all-Cheetos restaurant is opening in NYC, and we want to go to there. TV chef Anne Burrell will be opening The Spotted Cheetah pop-up from August 15 to August 17, and the collaboration with Cheetos will feature “elevated” and “upscale” versions of Cheetos dishes. Who wouldn’t want to try Cheetos-crusted fried pickles, tacos (with Cheetos on top, duh), a goat cheese cheesecake with Cheetos in the crust, or really any other of the “dangerously cheesy” foods? The Spotted Cheetah will live at 211 West Broadway, and you can make your reservations here. (h/t Eater)

6. Quote of the day: “I do believe something very magical can happen when you read a book.” We’re celebrating National Book Lovers’ Day with these words from JK Rowling.

What book has inspired you lately? Let us know @BritandCo!