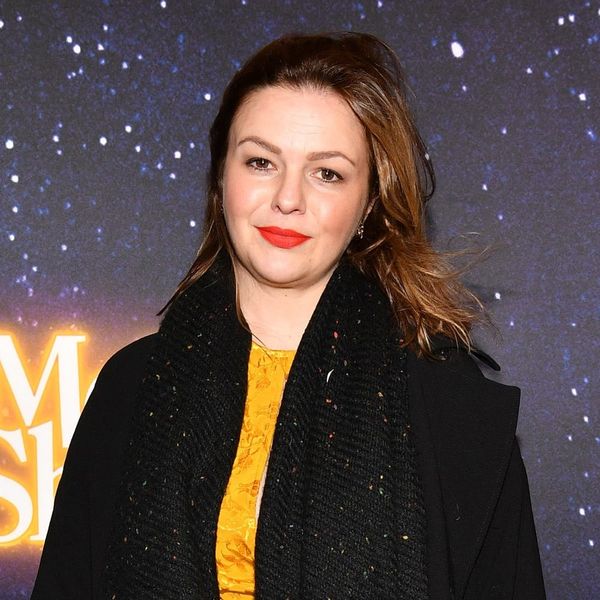 Amber Tamblyn has been on a roll. Earlier this year, she wrote an op-ed demanding that more people believe women who come forward with claims of sexual assault, becoming a viral sensation and an unsung hero for many. A few months later, when Charlyne Yi accused Tamblyn’s husband, comedian David Cross, of racist comments, Tamblyn stood by the actress and not her husband, saying, “I believe her.” Now, the Sisterhood of the Traveling Pants star has penned another missive in which she calls out men worried about redemption in light of recent accusations.

In her New York Times story, titled, “I’m Not Ready for the Redemption of Men,” Tamblyn recalls a recent conversation with two friends: one male, one female. They were discussing the accusations against Louis C.K., and while the woman was on board with whatever career punishment the comedian might face, the man was worried, arguing that there are different levels of abuse and that Louis C.K. wasn’t as bad as Harvey Weinstein.

The man argued that we shouldn’t lump their actions together, but the women were firm, with Tamblyn’s friend saying, “Yes, we can. And we will. Choosing consequences doesn’t belong to you anymore.” As they continued to debate, the man grew frustrated, finally saying, “Do you believe in redemption?”

Tamblyn acknowledges the validity of his question but argues that we aren’t quite there yet in terms of true equality, something that many men, her friend included, don’t quite understand.

“Why are we talking about the redemption of men when we are right in the middle of the salvation of women?” she asks in her op-ed. “Not even the middle, but the very beginning?” Men today may feel worried about retribution, “witch hunts,” or the very real fear that they will suffer career-ending consequences to their actions, but women, she says, have always had to endure this.

“I’m not talking about banishment,” she writes. “I’m talking about ceding the floor. The power of celebrity and cultural approval must disappear for the time being so that all women see and believe that consequences do exist.”

Tamblyn points to a future where some men will find redemption for their past behavior, but says it will take work first. “If you want amends,” she writes, “you have to make them. You have to acknowledge the line in the sand.”

After that, it’s simple. You can pick which side you’re on, and Tamblyn hopes we’ll all pick the right one: the side of women who continue to wait for their redemption after generations of hurt and fear brought about by those around them. The side that will change the future.

What do you think of Amber Tamblyn’s op-ed? Tell us @BritandCo.