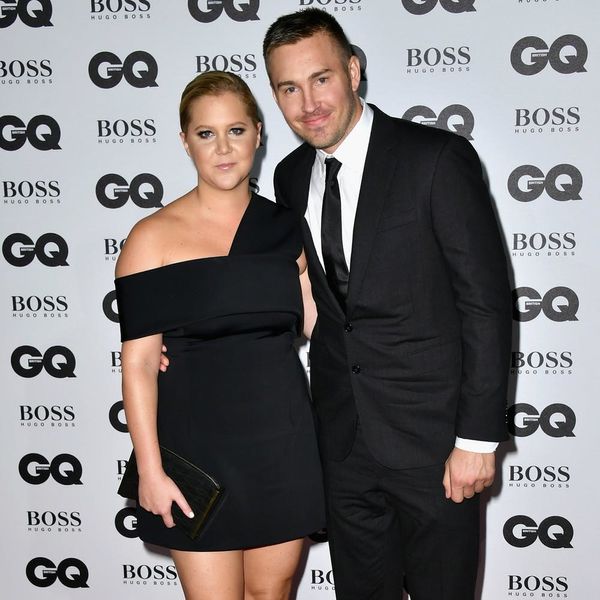 Though Amy has seen her fair share of controversy regarding cultural insensitivity herself, last night, she was showing the rest of Hollywood how it’s done with her and Ben’s amazing recreation of the Stranger Things kids.

Not only was their getup one of the year’s five most Googled looks, these two really pulled out all the stops to get it right.

Ben is absolutely HILARIOUS as Eleven in his pink plaid dress and semi-shaved head, while Amy makes for a super sheepish curly-haired Dustin.

A close-up of the duo reveals the extreme attention to detail they gave their looks, going so far as to add in Eleven’s chronic nosebleed that appears after she’s used her powers.

Eleven wait up it's me!

Ben really goes for it in the facial expression department too — he’s so committed to that stare, in fact, that he doesn’t even let up while riding bikes, eerily fixating on the camera as Amy ― we mean Dustin — tries to keep up. “Eleven, wait up, it’s me!” she yells out.

We mean… just check out that body posture!

Neither of us can remember what song this was

Their night ended with what looks like a rousing rendition of karaoke, though, as Amy admits, “Neither of us can remember what the song was.”

Whatever it was, it certainly looks fun! Happy Halloween, you two!

Do you have a couples costume that blows Amy and Ben’s out of the water? Show us @BritandCo!

Nicole Briese
Nicole is the weekend editor for Brit + Co who loves bringing you all the latest buzz. When she's not busy typing away into the wee hours, you can usually find her canoodling with her fur babies, rooting around in a bookstore, or rocking out at a concert of some sort (Guns N' Roses forever!). Check out all her latest musings and past work at nicolebjean.com.
Celebrity Couples
Celebrity News
Celebrity Couples Couples Halloween Costumes Halloween Halloween Costumes Netflix
More From Celebrity News