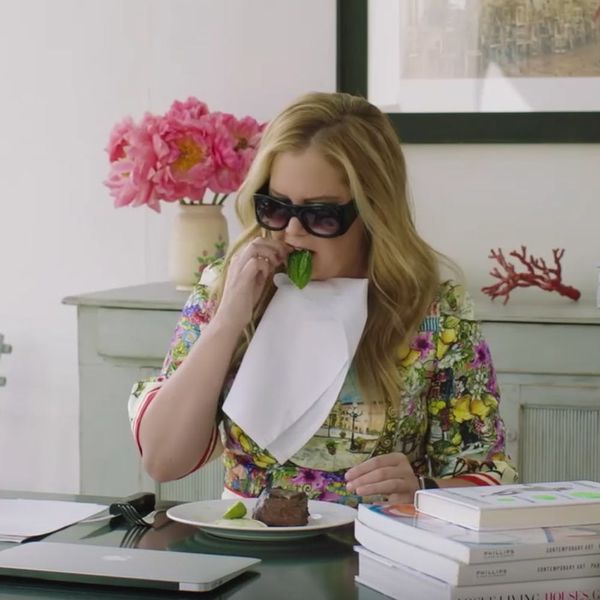 When we think of descriptors for Anna Wintour, “funny” is not a word that initially comes to mind. However, it looks like she’s been holding out on us. Amy Schumer is Vogue’s July cover girl and to accompany her upcoming feature, Amy and Anna have teamed up for a hilarious video documenting what happens when the two girlbosses swap jobs.

Naturally, Amy has some trouble with the high fashion role at first. Well, the whole time really. When making garment selections for the magazine, she struggles to tell two “very different” sweaters apart and can’t quite seem to cope with what Anna eats for lunch (which is basically nothing).

Anna, on the other hand, seems to totally excel at Amy’s job. She heads to the iconic Comedy Cellar to try her hand at stand-up, and damn! She pulls out a punny Game of Thrones joke that totally KILLS it. We won’t spoil the surprise, but you’ll have to watch to the very end to catch it!