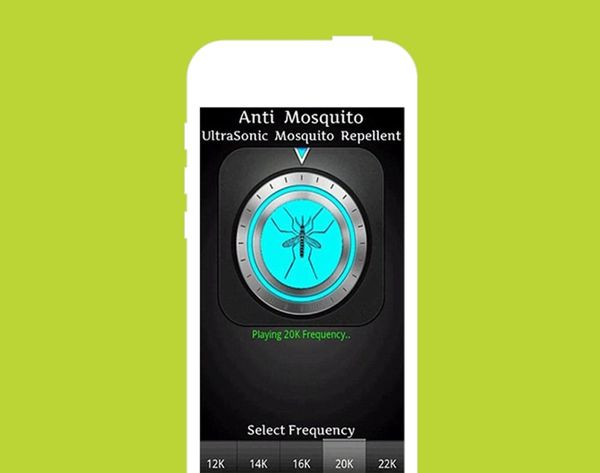 While you’ve been spending actual, legitimate, real money on the Kim Kardashian app (seriously, people, Kim K: Hollywood is the new Candy Crush — show some restraint!) the app stores have been brimming with new and useful apps that will do more for your smartphone than raise your virtual social status. This week we downloaded apps that do good, one that gets your affairs in serious order and even one that could keep mosquitos away from your picnic. I KNOW, RIGHT? Get the 411 on What’s App-ening this week below!

1. Anti Mosquito – Sonic Repeller: No, this app doesn’t emit a spritz of Deet every few minutes, it claims to keep lady mosquitos (the ones hungry for humans) at bay with a buzzing sonic repeller. The Today show tested it out and, whoa, it did not work (watch the gross video here). Reviews are split in the App Store, so we wouldn’t recommend going into the great outdoors with just this. Take our DIY Mosquito Repellent, too ;)

2. Looksee: Photo apps and photo sharing apps aren’t anything new to your smartphone — neither are apps that want to introduce you to a new friend with shared interests. But this recent addition might inspire you to share in a whole new, creative way to find friendship. Or more? Looksee lets you submit and explore photos taken where you are or in an area you want to virtually explore. Double tap pics you like and you’ll be linked with your fellow photog if they like one of your photos. It’s like pen pals for the Instagram age.

3. Indiegogo: Remember how we were gently scolding you for those in-app purchases in the Kim game? Yeah, well let us guide you to a much better way to spend your hard-earned dolla billz — by helping support projects from innovators, creators, movers, makers and mad 3D printers on the newly launched Indiegogo app. The crowdfunding community just launched their first so you can keep tabs on your contributions or your campaigns.

Cost: Free for iOS and coming soon for Android

4. Timeful: This isn’t just a time tracker, nor is it a calendar enhancer disguised as a “new” app that we’ve actually seen before (don’t even get us started). This is an “Intelligent Time Assistant” that combines your calendars and to do lists so you can see everything you have to do and actually fit it into your day. We know, the Jessie Spano inside of us is already screaming “There’s never any time!” but hopefully Timeful can help by pointing out where there actually is time to pay bills, run errands and make it to the gym.

5. Shazam: DON’T FREAK OUT, but this is an app for your computer, not your smartphone. BUT, how cool is it that you can now take the almighty musical powers of Shazam to your computer? What’s that song that’s playing in every commercial before you get to your Hulu-streamed show of choice? If you don’t know, now you can with this Mac download that will hang out on your desktop until you need its keen ear.

Here are some apps from the week that we covered, but you may have missed. Do it to it:

Instagram Bolt: The ‘gram debuted a new one-tap messaging app outside of the U.S., learn about it now before it makes its way to this great nation of disappearing photo senders.

Mook: Creepy or no? This app could someday tell restaurants what you like to eat and when you get up from the table to go to the bathroom. Weird. But cool!

5 Hacks to Make Your iPhone Feel Like New Again: This is our definition of Summer Cleaning: Tech Edition.

Party Party! A Beautiful Mess’s latest is its greatest. YET?

Lisa Raphael
In her past professional lives, Lisa has served the masses as the Editorial Director at Brit + Co, Bieber Whisperer at J-14, Golden Girls Fan Club Prez at Lifetime and Talk Show Host Understudy to Katie Couric. Now, she's taking on the sports world at The Relish, teaching Hairography 101 in her spare time and will forever be trying to fill the hole Zayn Malik left in her heart.
Apps
Tech
Apps indiegogo Kardashians