This Couple Took the Most Awkward Engagement Photos Ever… on Purpose 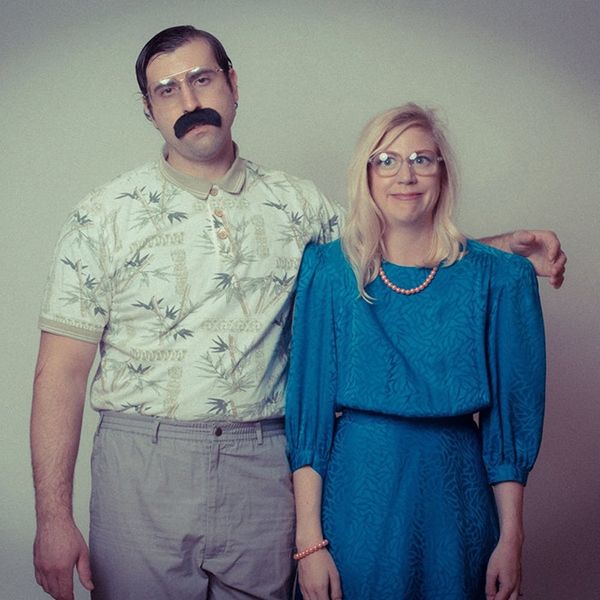 Sending out an engagement announcement is usually a super exciting time for couples. Whether it’s on top of a sky-high railroad bridge, in the middle of a forest or casually strolling along a beach, the photo that accompanies the big news is usually a picture-perfect snapshot that embodies the couple’s dream romance. But one newly engaged duo decided to take a VERY different approach.

Over on the photo-sharing site Imgur, a user who goes by the name of icanseeyou201 (kind of a creepy user name, dude) posted a few pictures of his friends’ engagement pics alongside the caption, “My friends just got engaged; the photos are magical.” And magical they are. In the series shot by Vic Vergara, the couple is looking like a page straight out of Awkward Family Photos.

We’re ALL about this hilarious take on the announcement, but they knew that their parents might not be as excited to get one of these photos in the mail. So for the sake of good old mom and dad, they also took one normal photo.

Here’s hoping these photos are just a teaser for the magical awkwardness that will be their wedding.

Would you ever take awkward photos to announce your engagement? Share with us in the comments below.

From Your Site Articles
Cortney Clift
Cortney is the senior writer and special projects editor at Brit + Co. She typically covers topics related to women's issues, politics, and lifestyle. When she's not buried behind her computer you'll find her exploring New York City or planning her next big adventure.
Wedding Planning and Decor