Bad Grammar Mistakes Are Hurting Your Chances of Getting a Date 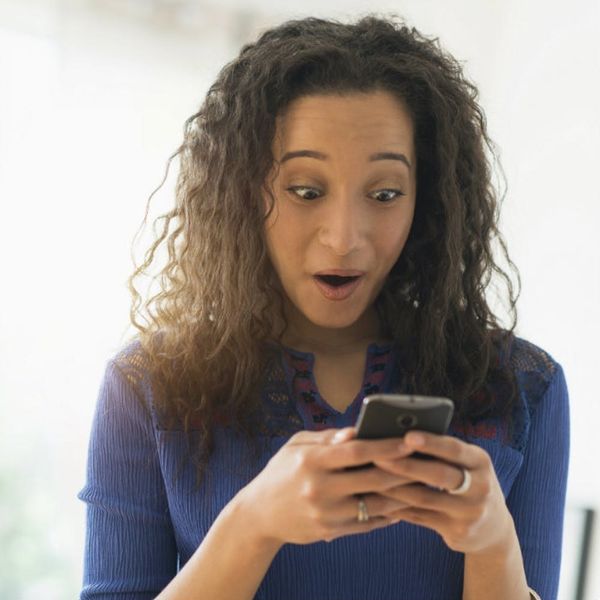 If you thought your days of endless spell checking were behind you as soon as you threw your graduation cap in the air, we have some unsettling news. Poor spelling and grammar are not only bad work habits you need to break, but they could be relationship deal breakers — before you even get to date number one. If you’re looking for love online, studies show it’s in your best interest to proofread your online dating profiles and messages to new crushes. According to stats released in 2016 from Match, Grammarly and eHarmony, your potential love interests may be just as turned off as your high school English teacher by poor spelling, grammar and word choice.

BAD GRAMMAR IS A *SERIOUS* PROBLEM

Bad grammar is the second biggest turn-off for Match users, according to a survey taken in early 2016. The number one deal breaker was poor hygiene — and believe it or not, grammar issues were a close second.

Later in 2016, Grammar site Grammarly partnered up with eHarmony to study how online daters react to poor grammar. They found that both men and women rate correct grammar as more important than confidence when vetting online profiles. Whoa. A total of 88 percent of women said they judge grammar mistakes, while 84 percent judged the confidence level of a love interest. Men, in general, were less judgmental about both matters, but grammar still won out: 75 percent said they judge grammar, and 69 percent said they would judge confidence.

The Grammarly and eHarmony study also discovered which words you should use — or, in most cases, not use — to improve your chances with a potential love interest. According to Grammarly, men who used the word “women” instead of “girls” in their messages were 28 percent more likely to get a response (gotta love that!). Men who incorrectly used the word “whom” were 31 percent less likely to find romantic success online than those who used it correctly. Grammarly also found that women who used words related to previous relationships (i.e. “my ex”) received four percent fewer messages than those who did not. Although we still wouldn’t recommend bringing up your ex on the first date.

Spelling is a major concern for online daters, especially women seeking men. Grammarly’s stats say that men who have two or more spelling errors in their profile are 14 percent less likely to receive responses from potential female baes. Men seeking women are less particular. It seems that spelling errors on the part of their female crushes don’t affect their response rate. Interestingly (and maybe as a result), women make nearly twice the spelling errors in their profiles as compared to men. Come on, ladies… get spell checkin’!

With spell check and auto correct on our side, there’s next to no excuse to be careless with our profiles and messages, so don’t be too hasty to hit “post” or “send.” We can’t guarantee that proper spelling will suddenly lead to a more successful digital dating career, but we can guarantee that polishing your writing will help you make a better impression on your online crushes — and who doesn’t want to look smarter and more thoughtful?

Do you judge a dating profile by its spelling and grammar? Tweet us @BritandCo!

Alli Hoff Kosik
Alli Hoff Kosik is a freelance writer who is passionate about reading, running, rainbow sprinkles, her lipstick collection, watching embarrassing reality TV, and drinking pink wine. She lives in Brooklyn with her husband and (in her dreams, at least) three golden retriever puppies. Listen to her talk books on The SSR Podcast.
Dating
Relationships
Dating Education social media