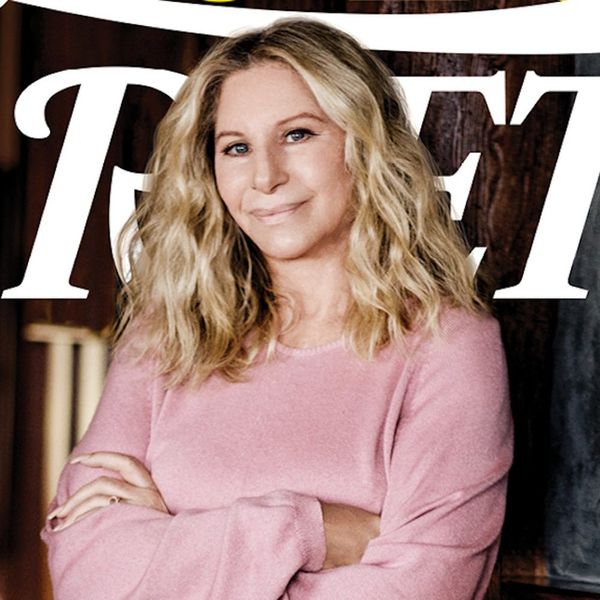 Hollywood legend Barbra Streisand took a moment during her presentation at this year’s Golden Globes to call out the fact that she’s the only woman who has ever won a directing award from the HFPA (35 years ago!). In a new wide-ranging interview, the 75-year-old tells Variety that Hollywood remains a “boys’ club,” and her stories, while not surprising, definitely show a different side to the movie and music veteran.

Streisand said that her groundbreaking classic Yenta took 14 years to make, and that studio executives weren’t thrilled with her attempt to direct a feature film. “Years ago, I was told, ‘You want control? A woman wants control? That’s crazy,'” she told the mag.

And times haven’t changed that much, as she notes that very few women got any credit for their films during awards season this year, 40 years since Yenta was released. She specifically mentioned Wonder Woman director Patty Jenkins and Mudbound‘s Dee Rees, whose movie received critical acclaim but not much in the way of mainstream accolades.

Streisand also told Variety that while she’s been very lucky to have not been sexually harassed during her 50-year career, she did have a run-in with the now-infamous Harvey Weinstein.

“He wanted me to come there on his arm and sing a song on the album,” Streisand said of an invitation to join the producer at the Broadway opening of Finding Neverland. Streisand refused due to her ongoing intense stage fright, and Weinstein allegedly went on a tirade, telling her he would never support her or offer her any perks on behalf of The Weinstein Company.

But the original Star Is Born starlet sees the tides changing in Hollywood, thanks to #MeToo and Time’s Up. “It’s awe inspiring,” she said of the movement, adding, “I’m totally proud.” And although she lost out on an opportunity to direct last year’s hit Hidden Figures, she is planning to make a directorial comeback in the next few years. But she wants to do things a little differently this time around.

Streisand told Variety that while filming The Prince of Tides with Nick Nolte, she was undermined by her male lead and the crew. According to her retelling, she asked everyone to stay a few minutes late to do a scene, but they banded together and refused.

“Today I wouldn’t ask the question,” Streisand told Variety. “I would tell them. And if you don’t want to do it, don’t bother to come back to work tomorrow.”

Are you a Barbra Streisand fan? Let us know @BritandCo.