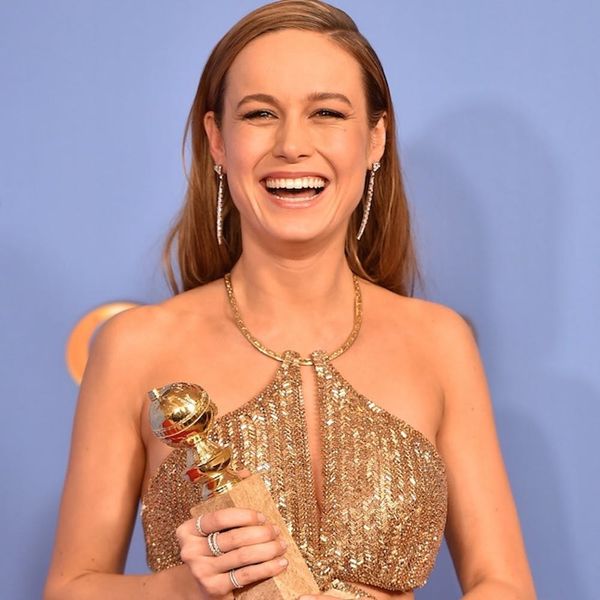 Like any big creative endeavor, making a movie is a team effort. This can be easy to forget for us mere mortals, though, because we only get to see the final product. That’s why we are so on board with Brie Larson’s amazing response to getting her first ever Oscar nomination this morning.

On her official Twitter account, Larson thanked the Academy for nominating Room for the year’s Best Picture first and foremost, but she didn’t stop there. The 26-year-old actress then proceeded to thank them for recognizing author Emma Donoghue, who wrote the novel from which the screenplay was adapted, and director Lenny Abramson. Then — and only then — did she add “and Me!” Girl, you just got nominated for Best Actress! We promise we won’t judge if you mention yourself first!

As if that weren’t team player-y enough, in the tweet she included an overhead shot of the entire cast and crew that was involved in bringing the film to life.

In an official statement she released to E!, Larson went into a little more detail, adding that while she’s “unbelievably honored and excited to be recognized by the Academy,” she’s “even more thrilled to share this honor with Lenny Abrahamson, Emma Donoghue and the entire Room family of filmmakers, cast, and crew.” This of course comes just days after winning the a Golden Globe for the same role (and dishing on the smart advice pal Emma Stone gave her for the ceremony).

Needless to say, we are now stanning hard for Brie. Way to share that spotlight, bb.

How much do you love Brie Larson’s Oscar reaction? Let us know @britandco!