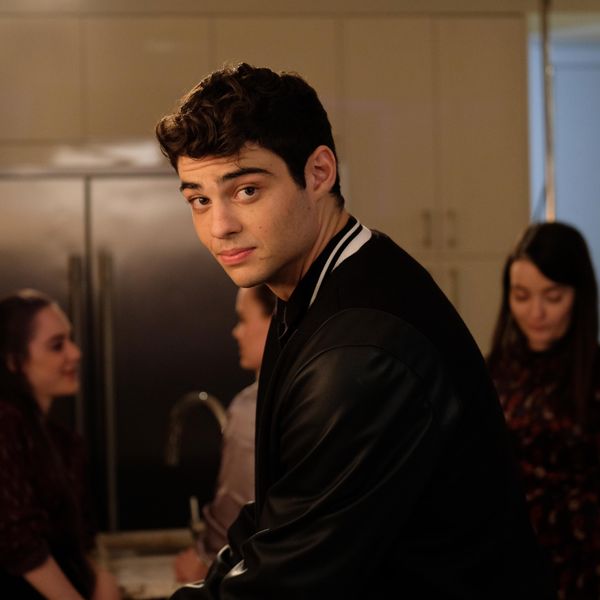 It's almost too bad that we're at the end of hibernation season, because Netflix is set to roll out a bunch of exciting new titles that you're going to want to schedule some couch time for. From new Chilling Adventures of Sabrina episodes to some soon-to-be-favorite new shows and a feature film you'll want to watch with your BFFs, here are 10 of the buzziest Netflix originals to stream in April 2019. (Photos via Netflix)

Chilling Adventures of Sabrina, Part 2 (April 5): Things are getting spookier in part two of Chilling Adventures of Sabrina. Following Sabrina's dark baptism in part one, the half-mortal, half-witch teenage heroine will explore a side of the dark arts that she previously avoided. It's part supernatural hero fantasy, part coming-of-age drama, and 100 percent binge-worthy goodness. (Photo via Jeff Weddell/Netflix)

Our Planet (April 5): Just in time for (but not in association with) Earth Day, the creator of Planet Earth Netflix viewers a new set of stunning eye candy with Our Planet. It’s described as “an unprecedented journey through some of the world's most precious natural habitats,” and yes, it is narrated by Sir David Attenborough, so it’s safe to say you love it before ever setting eyes on it. (Photo via Gisle Sverdrup/Silverback/Netflix)

Unicorn Store (April 5): Years before she suited up as Captain Marvel, Brie Larson made her feature film directorial debut with this whimsical movie, which is now finally seeing the light of day. Larson plays a failed artist who, after moving back in with her parents and taking a boring office temp job, receives an offer to live out her childhood dream of adopting a unicorn (from the Unicorn Store, naturally). Captain Marvel's Samuel L. Jackson costars, along with Joan Cusack and Bradley Whitford. (Photo via Netflix)

Special (April 12): Based on the memoir I'm Special: And Other Lies We Tell Ourselves, by Ryan O'Connell, this charming and loosely autobiographical new comedy series tells the story of a gay man with mild cerebral palsy who decides to "rewrite his identity" in order to pursue a different life for himself. O’Connell also stars in, writes, and executive produces the series, which counts The Big Bang Theory's Jim Parsons as a co-executive producer. (Photo via Netflix)

Huge in France (April 12): You've heard the phrase "big in Japan," but comedian Gad Elmaleh is huge in France, and this semi-autobiographical series details his experience trying to establish himself on US soil after he moves to LA to reconnect with his 16-year-old son. (Editor's note: We're a little biased about this one. Scott Keiji Takeda, who plays Elmaleh's assistant, is the brother of Brit + Co's entertainment editor, Allison Takeda.) (Photo via Netflix)

The Perfect Date (April 12): Your boyfriend Noah Centineo is starring in yet another Netflix rom-com, this time with Riverdale's Camila Mendes and Lady Bird's Laura Marano. The To All the Boys I’ve Loved Before heartthrob plays Brooks, an enterprising young man who creates an app where women can hire him to be their perfect date by dictating his personality, interests, and even conversational skills. The app is supposed to help him save money to go to Yale, but the more dates he has, the blurrier the line is between what's real and what's fake. (Photo via Netflix)

The Silence (April 12): Netflix is giving us a double dose of Kiernan Shipka this month, as the Chilling Adventures of Sabrina star also appears alongside Stanley Tucci in the horror movie The Silence. Shipka plays Ally, a teenager who lost her hearing as a child and whose family is trying to avoid being killed by creatures who hunt only by sound. (Yes, we know, it sounds very familiar.) Unfortunately, their remote hideaway proves to be dangerous in other ways, as Ally's heightened senses make her a prime target for a nearby cult. (Photo via Netflix)

No Good Nick (April 15): Netflix's latest feel-good family comedy stars Melissa Joan Hart and Sean Astin as parents whose lives are turned upside-down when a teenage grifter claiming to be a long-lost relative shows up on their doorstep and moves in. (Photo via Netflix)

Someone Great (April 19): Gina Rodriguez, Brittany Snow, and DeWanda Wise star as three best friends who, facing heartbreak and one of the tripod's impending move to San Francisco, go all out for one last big adventure together in New York City. We're getting total Ibiza vibes from this, and that is a very good thing. (Photo via Sarah Shatz/Netflix)

She-Ra and the Princesses of Power, Season 2 (April 26): The rebooted '80s cartoon hero returns for a second season of leading her team of magical, powerful princesses in a fight against the evil Hordak. Make sure you binge the excellent first season in time to pick up with season 2. (Photo via Netflix)