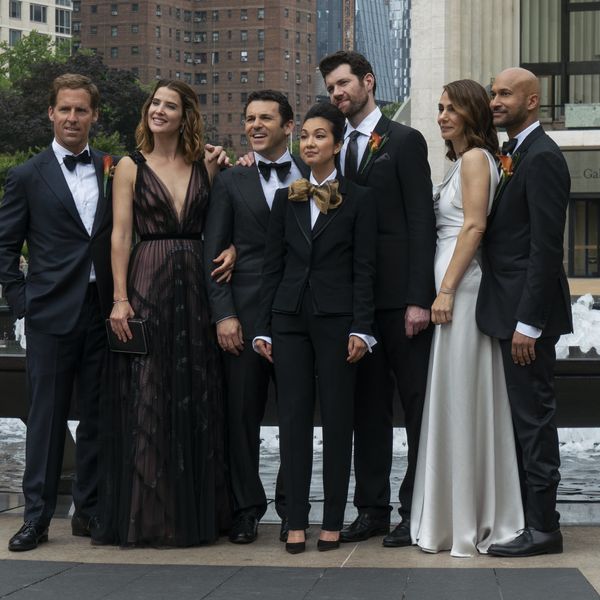 January tends to be a month of rest and renewal following a busy holiday season, so what better time to curl up with a slew of new stuff on Netflix? From an inspiring new show to go along with your New Year's resolutions to the return of several already-beloved series, there's a lot to look forward to over the next few weeks. Here are eight buzzy Netflix originals to add to your list in January 2019. (Photos via Melissa Moseley/Netflix + Barbara Nitke/Netflix + Denise Crew/Netflix + Eric Liebowitz/Netflix)

Tidying Up With Marie Kondo, Season 1 (January 1): Marie Kondo, creator of the KonMari method and author of The Life-Changing Magic of Tidying Up, stars in a new series that aims to help people tackle the clutter in their homes, changing their habits — and their lives — along the way. We predict many happy tears. (Photo via Denise Crew/Netflix)

Friends From College, Season 2 (January 11): The highly anticipated second season of the star-studded ensemble comedy picks up one year after the friends find out about the affair between Ethan (Keegan-Michael Key) and Sam (Annie Parisse). The group is fractured, possibly irreparably, but with Max's wedding coming up, they have to learn how to navigate their changed dynamics. (Photo via Barbara Nitke/Netflix)

Sex Education, Season 1 (January 11): Gillian Anderson stars as Jean Milburn, a sex therapist who lives with her 16-year-old son, Otis, in this new coming-of-age drama. Jean's openness about the topic of sex only makes an already awkward Otis more uncomfortable, but when Otis meets cool-girl classmate Maeve Wiley, he starts to come out of his shell, and the two of them launch an initiative to help their fellow students. (Photo via Jon Hall/Netflix)

Carmen Sandiego, Season 1 (January 18): The early '90s kids' game show is getting an animated reboot as a two-part, 20-episode show about Carmen's mysterious past and present-day life as a scheming heist professional. Jane the Virgin star Gina Rodriguez will voice the world-renowned criminal, and is also set to star in a Netflix live-action Carmen Sandiego later in 2019. (Photo via Netflix)

Close (January 18): Inspired by the life of bodyguard Jacquie Davis, this female-led action thriller stars Noomi Rapace, known for her role as Lisbeth Salander in The Girl With the Dragon Tattoo film adaptations. Rapace plays a counter-intelligence expert in charge of guarding an ungrateful young heiress. While the two fail to find common ground at first, a foiled kidnapping attempt brings them closer as they try to find out who was responsible. (Photo via Netflix)

FYRE: The Greatest Party That Never Happened (January 18): Fyre, the supposed luxury music festival, made major headlines in 2017 when it not only didn't happen, but melted down in a series of increasingly disastrous mishaps, from hopeful attendees getting stranded on a private island, to no-show employees and musicians, to eventual lawsuits. Now, we get to find out how it all went down in this revealing new documentary. (Photo via Netflix)

Grace and Frankie, Season 5 (January 18): Jane Fonda and Lily Tomlin return as their respective title characters for another season of unlikely friendship and misadventures. While not much is known about the plot, Deadline reports the ladies are "out of f*cks to give," which means we're in for another delightful season. (Photo via Melissa Moseley/Netflix)

Unbreakable Kimmy Schmidt, Season 4, Part 2 (January 25): The first six episodes of season 4 were made available in May, and the second half of season 4 — the show's final episodes — will air in January. There are also plans to make a movie as a series finale, so it's possible some story lines could be left unfinished. (Photo via Eric Liebowitz/Netflix)

What are you excited to see on Netflix in January? Let us know @BritandCo!