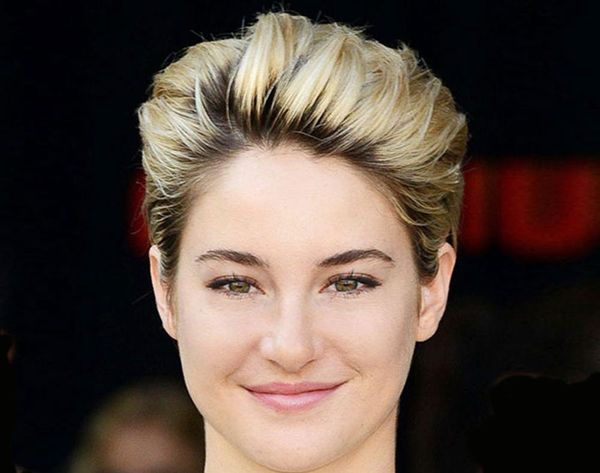 Keeping your roots matching your freshly dyed hair is a nonstop challenge. Touch ups are tedious, appointments seem nearly constant, but it’s the price you pay to achieve constant all-over color. But why? Especially when A-lister after A-lister has shown that grown-out roots can actually look good? Before you gasp at the thought of donning this forever-faux pas, just take a look at the way visible roots are worn today. The two-tone looks feel less and less ’80s on today’s sleeker hairstyles and has been rocked everywhere these days from the front row at Fashion Week to international magazine covers. And after seeing these eight celebs with rusted roots, you just might be next!

1. Taylor Schilling: The OITNB star’s severe balayage makes the reverse ombre appear like her roots have perfectly fused with her nearly-platinum strands in a way that softens all of her features, especially since the tips of her hair are just-so saturated, too.

2. Shailene Woodley: Shai displays one of the edgiest ways to rock this trend with zero transition between her chestnut roots and newly-blonde tresses. It might be one of the best ways to keep a naturally dark brow in line with the lightened look.

3. Lauren Parsekian: Aaron Paul’s beau shows that strategy is key to achieve a modern rusted roots look. Dirty blonde streaks appear painted on at different lengths — some close to her hairline, some farther away — to create a romantic ‘do that rounds out her entire look.

4. Katy Perry: Katy Perry goes punk with almost half a head of slime green hair and half jet-black roots. Leave it to her to take the dip dye to the most rock star level.

5. Kate Hudson: Being the ultimate bohemian muse she is, Kate Hudson nails the grown-out look with brown roots that make her sandy blonde hair more dimensional. It’s an effortless kind of look that’s turned up with a light smokey eye.

6. Rihanna: RiRi balances out her golden locks with wildly overgrown roots to keep from looking washed out in her almost all-over bronze look — a style *only* Rihanna could pull off glamorously.

7. Julianne Hough: Besides having one of the most sought-after bobs around, Julianne’s smokey roots are as equally enviable, especially since they help elevate the #wokeuplikethis look.

8. Blake Lively: Yep, even Blake’s signature curls get rusted, and she’s rocking them like a red carpet master. The two-tone helps jumpstart her jaw-dropping waterfall curls, making it official that visible roots get the bombshell seal of approval.

Would you dare to rock your visible roots? Which starlet would you take an out-grown cue from? Tell us in the comments below.