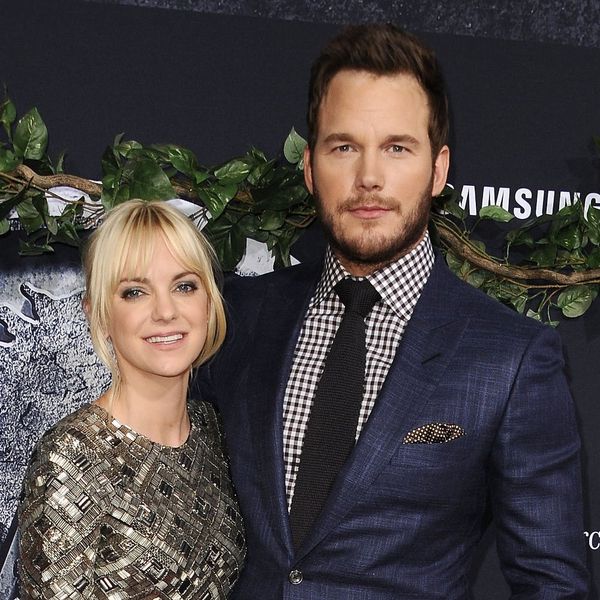 Christ Pratt and Anna Faris are undeniably one of the cutest, most talented and most in-love couples in Hollywood. And though Chris continues to appear in epic blockbusters like Passengers with his “best bud” Jennifer Lawrence and in Guardians of the Galaxy, and Anna stars on her hit show Mom, we still really (really!) want to see these two take on a movie together — and now Chris says that’s totally gonna happen.

While Chris and Anna originally met while appearing together in Take Me Home Tonight and Pratt has made a guest appearance on his beloved wife’s show, fans totally want to see these two back on the screen making us laugh (and swoon) with their adorable chemistry.

That’s why we’re so psyched that while chatting with fans in a recent Reddit AMA, Chris was asked the question that’s been on all of our minds: “Will you and your wife ever do a movie together where you’re both leading? I think you’re both talented and would make an exceptional screen-team!”

My back-up plan: professional wrestler trained by @davebautista and @prattprattpratt @unqualified so lucky I didn't break my neck-thanks guys!

Chris’s answer was short and sweet: “Yes we will!!!!!!!!!!!!!!!” Count ‘em! 15 exclamation marks. That’s definitely the kind of enthusiastically positive response we were hoping for, and though we wish Chris had given us more deets, this is enough to make us fabulously giddy.

What kind of story would you like to see Chris Pratt and Anna Faris take on together? Tweet us @BritandCo!